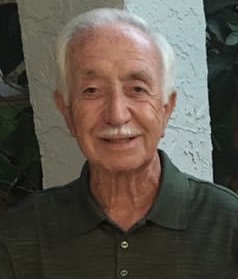 Norman Thomas Harris passed away peacefully surrounded by his loving, devoted family on Monday, February 22, 2021 at the age of 80. Whether you knew him as Dad, Pop-Pop, brother, uncle, brother-in-law, friend, bowling partner, Norman, Normie, Norm, Stormin’ Norman, or Nighty, everyone agreed he was one of a kind. Norm was such a sociable, outgoing guy and made friends everywhere he went. Whether it was at Penn Acres Swim Club, DuPont bowling league, his Old New Castle social group, Chichester High School reunion luncheon group, or through his daughters’ social circles, Norman had many facets to his life.

Norm loved nothing more than to talk about his daughters and grandchildren whom he was so proud of and who were the focus of his attention. He was a devoted father and Pop-Pop who attended all his daughters’ and grandchildren’s events. He had to fill the role of both grandmother and grandfather since his beloved wife Barbara passed away before his grandchildren were born. He was a loving and doting Pop-Pop and provided enough love and support to help fill that void. He was a constant presence at swim meets, whether it was at Penn Acres and then later at Windybush where he loved to talk with other parents and volunteers.

Norm was an avid collector of model trains and enjoyed attending train shows to continually update his train platform which took up half the basement at his former home in Penn Acres in New Castle. He loved showing off his layout to family and friends.

Norm’s other passion was bowling. He was involved in the DuPont bowling league for many years and participated in DE Senior Olympics where he earned a silver medal in 2001 and a bronze medal in 2002.

Norm graduated from Chichester High School in 1958 and enjoyed attending monthly reunion luncheons. He earned an associate degree in Mechanical Engineering from Del Tech and worked as a merchant marine for Sun Oil Company. He served in the Delaware Air National Guard from 1963 to 1969, earning the rank of Staff Sergeant.

Norm began working for DuPont in 1973 and eventually retired from there in 2001. Norm was proud of his career in maintenance operations at the DuPont Stine-Haskell Research Center in Newark where he made many long-term friendships and terrific bowling partners. His DuPont career allowed for his love and gift of problem-solving to shine.

Family and friends are invited to greet the family from 3:00PM until 5:00PM on Sunday, February 28 at the McCrery and Harra Funeral Home, 3924 Concord Pike, Wilmington. A graveside service will be held at 11:00AM on Monday, March 1at All Saints Cemetery, 6001 Kirkwood Highway. Due to current COVID 19 restrictions everyone is required to wear a mask and maintain social distance.

In lieu of flowers, the family suggests donations to Juvenile Diabetes Research Foundation (jdrf.org) or one of the animal rescues that saved his treasured grand-dogs: Delaware Humane Association (delawarehumane.org) and House of Hope Animal Rescue (hohanimalrescue.org).In addition, you can honor Norm’s legacy by always finding the bright side of any situation, wearing a smile, and loving unconditionally.