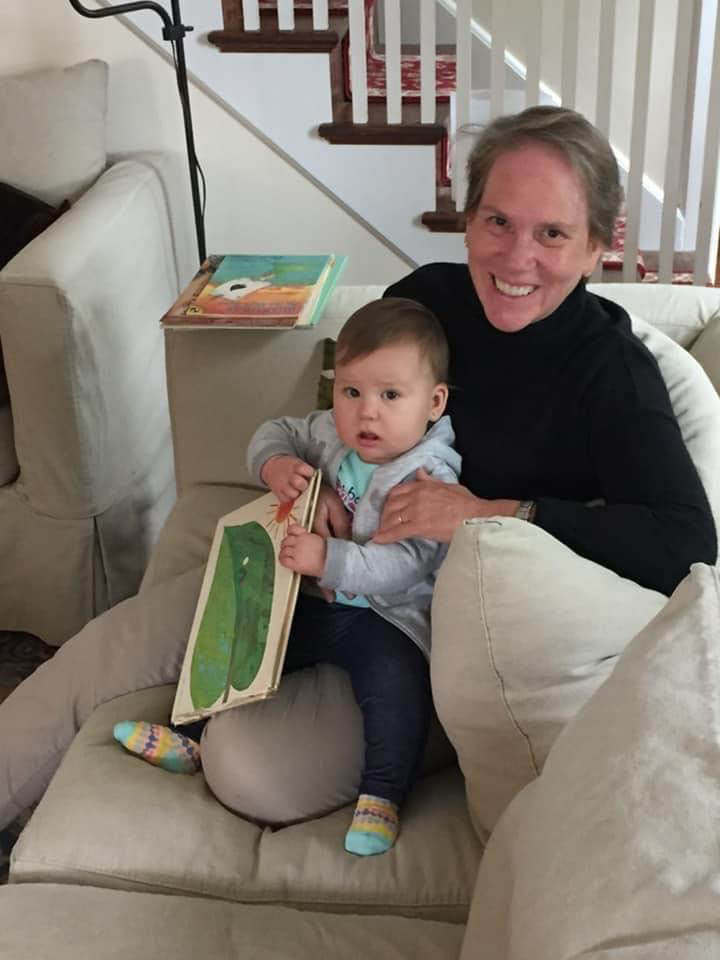 Elizabeth Griswold grew up in the Minneapolis house her father designed and discovered a man to wed on a Virginia mountain, Keith Van Yahres. Together they crisscrossed America together and raised two children. It was a joyous life.

Elizabeth died on Feb. 3 at her home in Greenville, Delaware, after a valiant struggle with cancer. She was 63 years-old.

Keith (who happened to be food and beverage manager at Wintergreen Resort), hired Elizabeth before he loved her, with scant space between the two.

They were married in Minneapolis in 1985 and, with their children, Jackson and Elise, found their way from Virginia to California, from South Carolina to Pennsylvania, and other stops along the way.

A peripatetic existence demands at least one soul with an instinct for anchorage. That was Elizabeth. She knew that you could link arms and stay strong, stay resourceful, stay happy. She discovered that very early on.

She was only 12, the middle child of three girls, when their mother, Grayce Griswold died. Their father, architect Jackson Griswold, sat the girls around a table and said he would have to concentrate on their financial well-being, while they learned to help and look after each other.

Which they did. Elizabeth proved her mettle. She was cheerful in all weathers, resourceful in all situations, faithful to her siblings in all respects.

Elizabeth attended the University of Wisconsin and, perhaps by instinct, found her way to “Up With People” — an organization formed in the 1960s on the premise that music could bridge divides, unite people and inspire audiences. She sang and toured in America and Europe.

Once joined with Keith, Elizabeth navigated a life of relocations, resettlement and readjustment. No matter. It worked. Elizabeth provided, knew what had to be done and the family prospered.

As always, for a lifetime, Elizabeth employed the skills she learned as a child and applied them to her own children and the man she loved, Keith. She held the world together for those she loved. She was the heart and smiling face, the stuff of which happy lives are made.

Life’s challenges can yield surprising encounters. As news of Elizabeth’s illness spread, some recognized it as glioblastoma, a rare, but lethal disease that remains stubbornly resistant to treatment. It was, in fact, the same disease that claimed Beau Biden’s life at age 46.

On Christmas evening, Elizabeth received a phone call from a man expressing his concern, inquiring about her condition and wishing her well. It was Joe Biden. The family was touched and moved by the president-elect’s kindness and sympathy.

In addition to Keith, Jackson and Elise and her granddaughter Alessandra, Elizabeth is survived by her sisters Kim Griswold Holmberg and Nancy Griswold Tiffany.

The family asks, in lieu of flowers, that donations be made to the Glioblastoma Foundation. All services and celebration of life will be private. To send condolences visit: www.mccreryandharra.com.