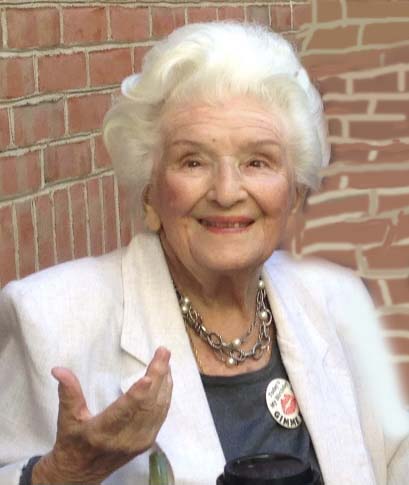 Alla Rudawsky—lovingly remembered as “Mama Alla”—was born into a world that was scarred by a devastating first world war almost 100 years ago. Due to a Russian revolution and ensuing civil war, her father, Leonide Loupoff—a ranking officer in the Russian Navy—and her pregnant mother, Anastasie Loupoff (nee Koultchitsky), were forced to flee their native home aboard a Russian Navy warship to seek refuge in post-war Paris, France. On October 7, 1921, while safely on board the ship anchored securely in a Tunisian port, Anastasie delivered her baby girl, naming her Alla Loupoff.

Alla’s young parents, facing an uncertain life as Russian refugees, could not have imagined in 1921 that nearly 100 years later their daughter would be remembered as an unabashedly loving, unceasingly generous, effortlessly elegant, and fiercely loyal friend, sister, aunt, mother, mother-in-law, grandmother, and great-grandmother to all family members and others whose lives she had touched. She cherished her multitude of relationships, keeping in touch reliably with her friends and family around the world. Mama Alla spoke five different languages fluently and enthusiastically—sometimes two or more of them in the same sentence.

Alla grew to adulthood in France. Her parents, younger brother, and she endured the second world war in Paris, surviving on her parents’ ingenuity and meagerly rationed food while suffering the danger and hardship of Nazi occupation. Her father, whom she adored, himself an artist, taught her to paint. She became an accomplished iconographer; and to this day many of her iconographic works are reverently displayed in churches and cathedrals in Europe and the United States.

Her travels in Europe took her to Madrid, where she met and two years later ultimately married her husband, Dr. Yaroslav Zenon Rudawsky—then himself a Ukrainian world-war-two survivor who had been separated as a teenager from his family and compelled to leave them during the war. Years later, after completing medical school in Spain and having located his lost family in the United States through the Red Cross, Dr. Rudawsky and Alla moved to Wilmington, Delaware.

Mama Alla happily decreed that one of her most important jobs in life was to ensure that her husband and children, and her childrens’ children, were safe, secure, and loved. Her warm and beautiful smile, ever-present elegance, and kind ways enchanted anyone who met her, regardless of their age.

With her loving husband of over 60 years and a global multitude of people she welcomed as friends and family, she graciously shared her passions for people, life, love, faith, art, music, history, and all things beautiful. No one who met her—even for only a few minutes—could possibly leave the encounter unchanged. Her intimate knowledge of works of opera and ballet was unmatched. When her age precluded travel to live performances in New York, she sought out and attended locally streamed live theatre performances. She was an enthusiastic supporter of the First State Ballet.

During the afternoon of February 3rd, Babi fell into a gentle sleep in her bed at home surrounded by her loving children and devoted family members—present with her both in person or remotely by telephone or video from France, Colorado, New Jersey and other distant locations. And later that night, in the very early morning hours of February 4th, while holding the hand of her daughter, Ellen, she was reunited with her husband, Zenon after ascending into God’s hands peacefully and eternally to heaven from her bedroom in her Westover Hills home of 21 years.

Services and burial will be private. A celebration of Alla Rudawsky’s life will be held at a later date, where the family will receive and greet her many friends. In lieu of flowers, please consider making a donation in Alla Rudawsky’s name to Sts Peter and Paul Ukrainian Orthodox Church, 1406 Philadelphia Pike, Wilmington, DE. ; or First State Ballet Theater, 818 N. Market St. #3R, Wilmington, DE 19801. To send condolences visit: www.mccreryandharra.com.