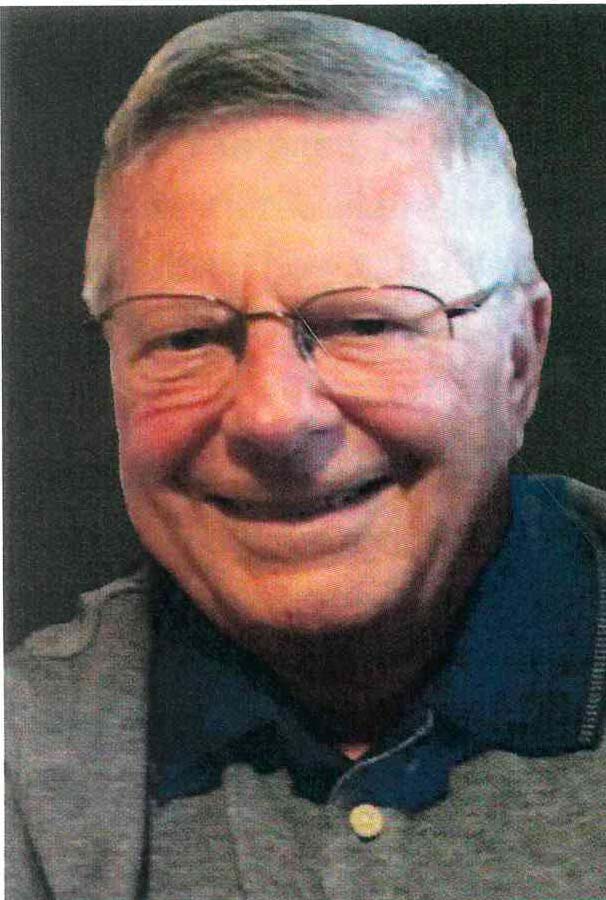 Chester Franklin “Chet” Norstrom, Jr. is in the loving arms of Jesus after passing away from a stroke on December 29, 2020. Chet was born on August 2, 1931 in Chicago, IL to Chester F., Sr. and Dorothy Norstrom. He spent most of his childhood in Chicago before moving to Zanesville, OH during high school. He attended Muskingum University in Ohio for two years where he earned an Associate Degree in Engineering. In 1955, he graduated from Colorado School of Mines with a five-year Engineer of Mines degree. Chet met the love of his life, Nancy Kehrwald, on graduation weekend at Buffalo Bill’s grave, a tourist attraction in Colorado. A further blessing was that Nancy was the sister of Chet’s fraternity brother and best friend, Dick. Exactly a year later, she became Chet’s bride. They moved to a tiny town in Utah called Cedar City where Chet had started his career at Colorado Fuel and Iron Corp. as a resident engineer. In 1961, he and Nancy, and their toddler, Steve, returned to Chicago where Chet had been accepted for the MBA program at the Kellogg School of Management at Northwestern University. After graduation, he accepted a job at Hercules Incorporated in Salt Lake City, Utah. He became a production engineer in the manufacturing of the Minuteman rocket motor. During that time, Chet and Nancy’s daughter, Donna was born. In 1968, Chet was transferred to the International Department at the Hercules corporate headquarters in Wilmington, DE. He served as regional manager and senior developer for their subsidiaries in Pakistan, Australia and New Zealand, where he traveled frequently. Later when the Business Information Department was formed at Hercules, he became Manager of Information Systems, Planning and Control. Chet spent 33 dedicated years at Hercules (now Ashland Inc.) before retiring in 1995.

Chet enjoyed skiing, fishing and golf. He loved watching sports and being involved in his kids’ activities, such as Little League baseball and the Brandywine Warriors Football League, where he served as president. In his later years, he did not miss a chance to watch his grandchildren’s activities and loved taking them on trips. After he retired, Chet and Nancy pursued their love of camping and square dancing, and traveled around the country in their RV. They started a western hat and shirt business, selling these at various venues, but mostly at conventions for the National Square Dance Association. One of their greatest pleasures in traveling across the country was visiting friends and family along the way.

In 1999, Chet lost his dear Nancy from a sudden illness. After his hat business and cross-country travels subsided, Chet focused his time and energy helping people in the Wilmington area who were grieving and disadvantaged. In the fall of 2000, he started the Grief Share program at The Lutheran Church of the Good Shepherd, where he and Nancy attended since 1968. Having participated in the 13-week program, Chet realized how valuable support is during grief and to know God’s love and peace for healing after losing a loved one. It was a passion of his for the last 20 years, so much so, that he co-led Grief Share groups even with Zoom while quarantined at Sunrise of Wilmington this past year.

Chet was very active in several other capacities and leadership roles at church. His time was centered around evangelism, stewardship and youth ministry. He taught Senior High Sunday School and was the youth advisor and secretary for Lutheran Campus Ministry. After Nancy died, he prepared and served monthly meals for those in need at Emmanuel Dining Room. He became very involved in Lutheran Community Services by repairing homes in low-income neighborhoods. He also helped raise money for the hungry. He spent the night at his church chaperoning the Family Promise program where homeless families came to get tutored, play games, eat their meals and spend the night. He participated in Bible studies with several churches throughout the week and initiated an afternoon Bible Study at his assisted living facility. Chet’s passion was knowing and sharing God’s Word, and living out his faith by loving and serving others. Through his kindness and compassion, Chet touched the lives of so many people and will be sorely missed.

Chet was preceded in death by his wife, Nancy, of 43 years, and his son, Steve, who died in 2019. He is survived by his daughter Donna (Dave) Shebat of Oak Hill, VA, four grandchildren Chris, Mike, Melissa and John (Hannah) Shebat, who he adored, and his sister Sue Sanders of Marengo, IL.