(This piece was originally written for the 100 year anniversary of the funeral home. Given that the 108th anniversary was this month I thought it’d be appropriate to repost it.)

A Centennial–—a hundred years. It’s a long time. A centennial ago, air flight was new technology, Ford was just beginning to revolutionize the auto industry, the Great War hadn’t yet been fought, electricity had only been around for 18 years and wasn’t yet available in many residential homes, and here in the City of Wilmington the streets wouldn’t be paved for another three years. Imagine having lived for a century and all the technological advances you’d have seen during your lifetime: personal computers, space travel, and television would be a few of the biggies that come to mind. I know there are a handful of citizens that this year will get their congratulatory letter signed by President Obama for their 100th birthday. But how do you celebrate an anniversary equally as auspicious? I searched around online and found that the “standard” gift [ostensibly for a 100-year wedding anniversary if there is such an animal] is a 10-carat diamond.

The company I work for celebrated our centennial this year. But we didn’t celebrate with a million dollar diamond, rather by modifying the business name. The name of the past century, McCrery Funeral Homes, was changed to McCrery & Harra Funeral Homes and Crematory to take us through the next century. This journey to the 100-year mark is the story of two Delaware families dating back to before the Civil War.

My great-great-great grandfather, James White, was a cabinetmaker in Milford during the mid-19th century. Because of his vocation, he was also the town undertaker– known as a tradesman undertaker. He built furniture, and when there was a death in the town, coffins and caskets (the difference, four sides vs. six). His sons, Harrison and George, took over the cabinetry business and hung out a new shingle: Harrison and George White, Undertakers. James’ youngest son, Isaac, joined his brothers in business shortly after he returned from the Civil War and served the people of Milford until his death in 1914. The Milford Museum has preserved his business ledger and it shows Isaac conducted business in a manner common in a rural agrarian community—barter. He would trade funeral services for such items as blackberries, wheat, fodder, and hogs. 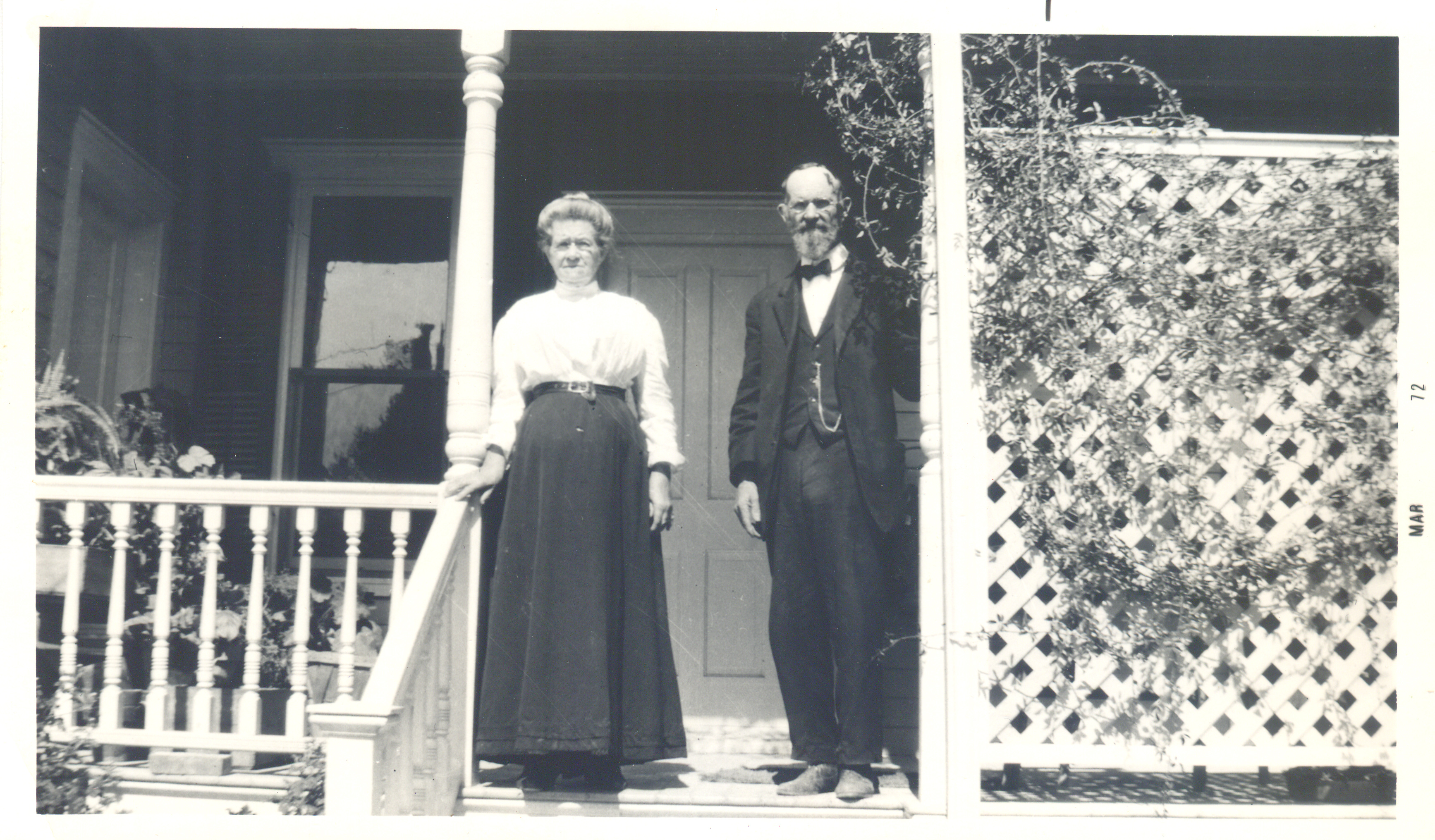 Seventy miles north, in Wilmington, in 1911, a man named Albert McCrery opened a funeral parlor at his house on 25th Street. He was 23 years old. Things in the profession were much different back then than they are now: hearses were horse drawn, graves were dug by hand, wakes were held in the home, and notification of death was made directly to his door, by messenger—phones were still a novelty item. Starting any business from scratch is tough, as any entrepreneur will tell you. Times were lean at first—Albert only buried one person his first year—but through sheer tenacity he slowly built a business brick by brick. He served as the deputy coroner during the flu pandemic, and as his business grew, eventually constructed the first building in the state of Delaware whose sole designation was a funeral home on the corner of 27th and Washington Streets.

Albert and Isaac’s paths did cross. We have records at the funeral home in old leather bound ledgers showing they did business together, shipping via “Pennsy” (the nickname for The Pennsylvania Railroad) that ran the length of Delaware. When Isaac died his wife, Rachel, sold Isaac White, Funeral Director and Undertaker. And though the business has changed hands (and names) several times, it still exists today. 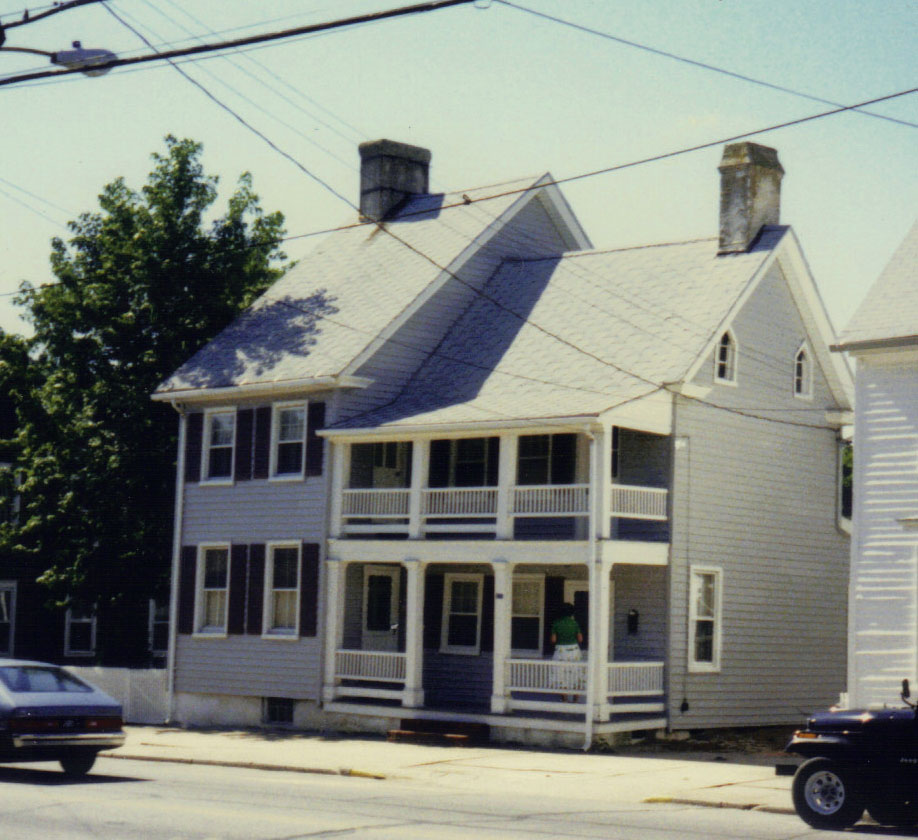 Albert’s business continued on under the ownership of, first, his son, Albert, Jr. and then his grandson, Jay, and finally to a 30-year employee of the McCrery family, my uncle, Richard Harra.

Since the New Year, I’ve been getting a lot of inquires from friends and acquaintances, and my wife, parents, and grandparents have been too. The curious are all asking essentially the same thing, “Hey, what’s up with the name change?” Well, truth be told there’s been no change at all, just an addition. Business is being conducted as it has been for a century, but the question has gotten me thinking, what’s in a name? More pointedly, what’s in the name of a business? 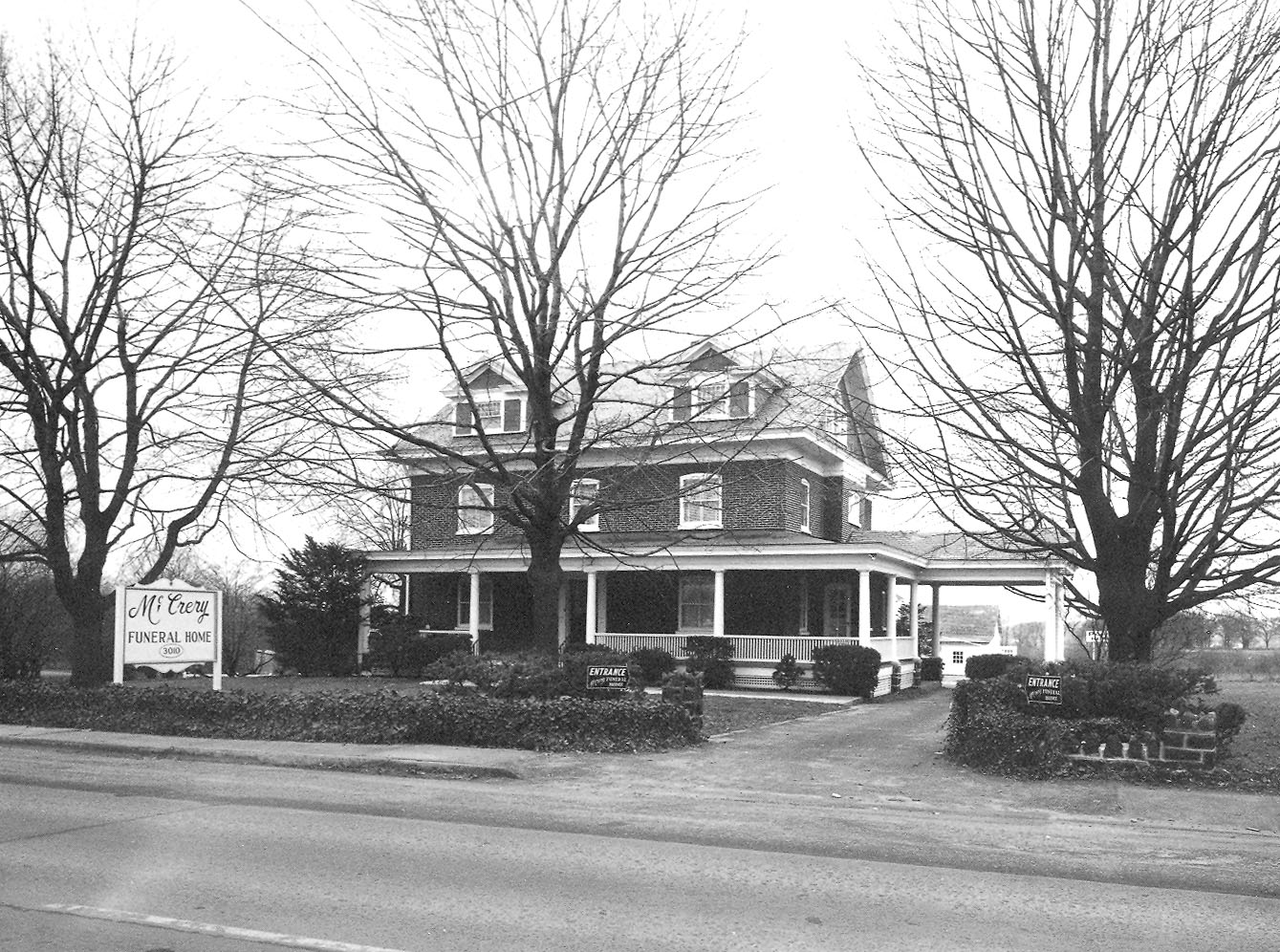 The name of a business will usually tell you what kind of business it is, but it seems to me that these days most companies would rather operate under some amorphous corporate name. Just ride up Rt. 202 and see for yourself. Is it that nobody wants to personally back what they’re peddling, or that our society has just gotten comfortable with big-box-chain store everything? Gone are the days of Philip Wood’s Drug Store, Storms’ Shoes, and Ginther’s Cigar Shop. Even our own little beloved Delaware chain Happy Harry’s was gobbled up and spit out as Walgreens.

When I think about it, the only people that hang their name out on a shingle anymore are lawyers, the occasional car dealer, the biggie in Delaware– DuPont, and of course, funeral homes.

That name on the sign is the stamp of guarantee, per se; it’s the face I want to see when I walk through the front door of any business. So it just seemed right that after 100-years of serving the community, the name should be modified to reflect the people you’re going to see serving our community for the next centennial. 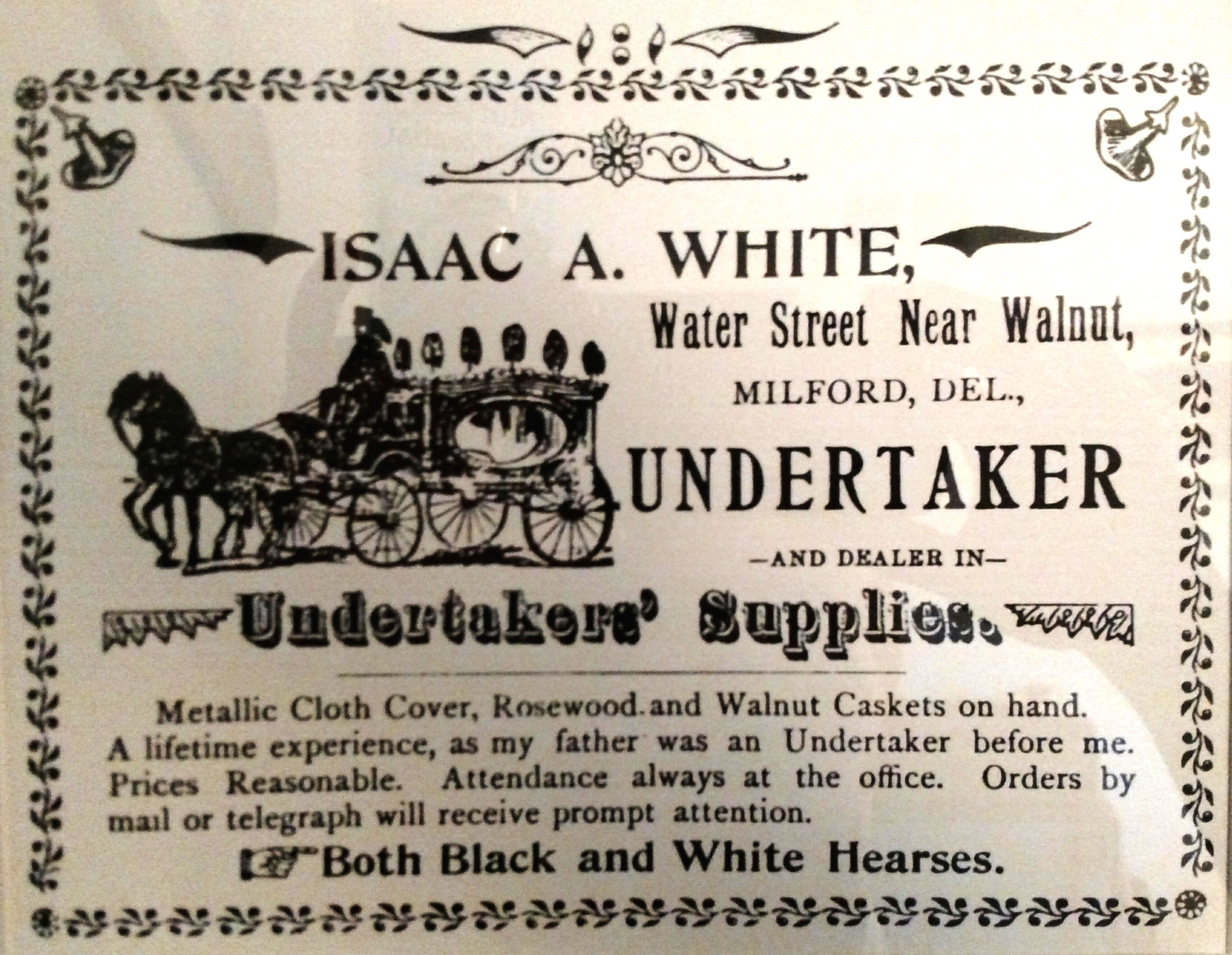