This short story originally appeared in the May 2017 edition of Delaware Communion.

It is dedicated to everyone that has lost their mother.

“We’re here?” Ella asked when I shifted into park and killed the engine. She cocked her head, processing the acres unfolding from her car window, the land broken up and parceled off by neatly trimmed hedges and tree breaks.

“This is it. Let’s go,” I said before she could pepper me with questions.

Recent rains had turned the ground into a quagmire, sucking at our boots and squishing underfoot. We started the search near the dogwood tree—exploding with pink blooms—recalling its leggy branches from November. Things always appear different after the fact, when the emotional lens focuses and the tears dry. So it took several minutes of hunting up and down the rows, squinting at names and dates. But I finally found the rectangular piece of sod that hadn’t quite knit back into place—Mom. “Here,” I announced, a catch in my voice.

I pointed to the grass. “Grammie is buried here.”

Ella studied the ground, and then the sky, and affixed me with a puzzled look. “Isn’t Grammie with Jesus?”

Obviously, I hadn’t articulated our visit well enough on the drive over. Breaking down death to a four-year-old is an ongoing challenge, and the questions flow incessantly. “Her spirit went up with Jesus. Grammie’s body rests here.”

“She’s down there?” Ella crooked a finger with glitter nail polish at the ground. “And up there?” The finger pointed skywards.

“But Mommy, how do you know she’s with Jesus?”

I looked down at the furrowed brow and pursed lips. It was the same expression Mom would affix me with when waiting for an answer. Placing my hand on the tangle of curls that could be Mom’s from the old black and white photographs, I said, “I just do.”

But Ella wasn’t listening. Something more important caught her attention. “Mommy look! A Teddy Bear!” she shouted, and was off, boots churning up mud and blond curls flying.

“You can look, don’t touch! That’s somebody else’s!” I shouted after her, hoping my words would register, and furtively looking around seeing if anyone noticed my lack of decorum. The cemetery was bustling on account of it being Mother’s Day, but there appeared to be no other foot traffic in our section.

Looking down at the headstone, the familiar choking sensation returned. There were bouts immediately following Mom’s death, frequent and intense. As the months wore on, they became less and less. This was the first time seeing the stone. Mom’s name etched into the granite made things seem so…final. I stood, blinking out tears, and watching Ella inspect a pink bear, until the choking sensation passed and I was able to catch my breath.

“Well Mom, Happy Mother’s Day. I sure wish you were here.” My voice sounded thick and strange, and was quickly snapped up and carried away by the wind whipping across the cleared acres. It certainly didn’t seem real. None of this seemed real, even now, standing here. I had been in my kitchen, cutting a peanut butter and jelly sandwich into triangles watching Ella and the neighbor boy play on the swing set when the call came. It was the police. Mom had been involved in a car accident and was being rushed to the hospital. After two days of sitting by her intubated and bandaged body and holding her hand, I became an orphan at 31. 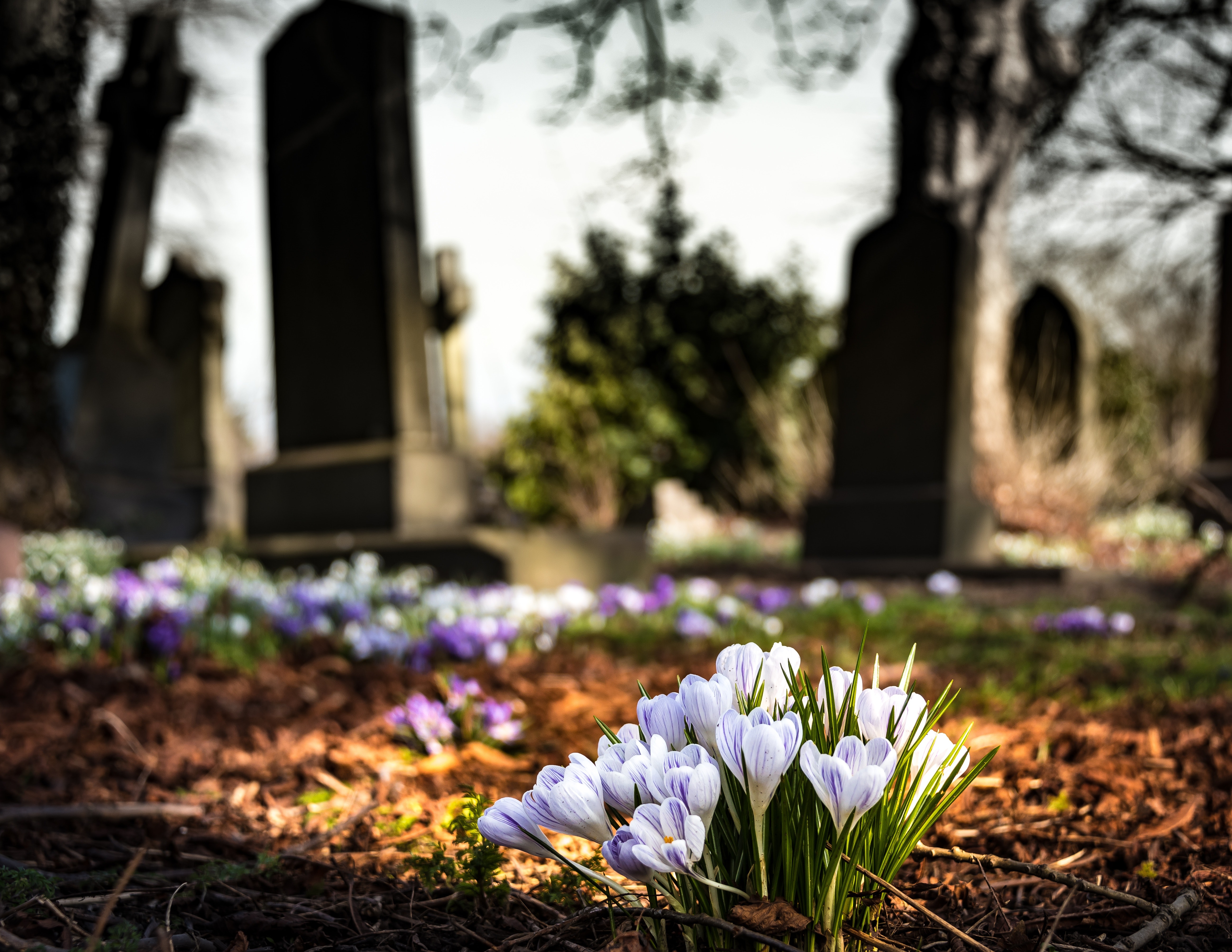 Dad died when I was eight. Lung cancer. I don’t really remember him, except for the drawn blinds, hushed voices, and hospital bed set up in the living room. He just seemed to fade away. After that, Mom raised me alone. A vibrant woman, who re-entered the workforce, she made sure I wanted for little, but most importantly, she made sure I was loved. I was the center of her universe, and she mine. It seemed impossible: Mom dead. She had friends. She was dating. She was still working—albeit to stay active, not because she needed to. She had hobbies and loved to travel. She was enjoying (adoring might be a more accurate description) her first grandchild—Ella. Now I’m a wife and mother myself, but sometimes can’t help feeling like an orphan. That can seem like a fitting label, or at other times seem ludicrous.

Bending down, I brushed the soggy grass clippings off the stone. My fingers lingered a moment, tracing the cut numbers and letters. The vaguely disconcerting words of the monument dealer echoed in my head, “We’ll try to get it in in time, but you have to understand this is our busiest time of year.” I laid the homemade bouquet over the stone. It was a white arrangement—symbolizing a mother in memoriam—made from selections at the flower stall at the farmer’s market: foxglove, delphinium, heliotrope, daffodils, and peonies. But no lilies. Mom hated lilies.

“I want to put my flowers down too.” Ella’s voice startled me.

Ella shrugged, blank look on her face. I spied them lying next to the pink bear. “There.” I pointed, and Ella took off at the only speed she knows.

I lifted apart two pieces of sod and scooped out three small impressions in the soil. “Put one in each hole,” I instructed, and then pushed the loose dirt over them and dropped the sod back into place. “Now, when we come visit next spring Grammie will have three beautiful flowers to look at.”

“One for me. One for you, and one for Grammie,” Ella said gleefully, counting on her fingers.

A massive wind gust moved me sideways. It was Mom saying, “Time to move along. You’ve said your piece.”

“Don’t cry Mommy. Jesus is taking good care of Grammie, and,” she dropped her tone to a faux whisper, “I have a surprise for you at home. Daddy said to keep it a secret but,” she paused to build the suspense, “I made you a special card.”

“I can’t wait to see it.” I took her hand and we headed in the direction of the dogwood tree.

“It’s going to be the best Mother’s Day ever,” Ella sang out.