I have officiated a memorial service in a state park, at an art museum, in a garden. I have officiated a funeral service where people were wearing bright orange t-shirts with an explicit word on them, in reference to their feelings towards cancer. I have officiate a service where two beloved dogs were present. There have been some very unique services. And, each of these services has been incredibly meaningful, full of hope, and the personal touches brought bonding and healing to those gathered.

But, perhaps the most unique funeral at which I have officiated was just after the first class bell rang. I was escorted by a hall monitor to Mrs. Water’s fourth grade classroom. Gathered on her checker patterned floor were 50 fourth graders awaiting the moment we celebrated the life of Toby “Rip Jaw” Venom, the class snake. 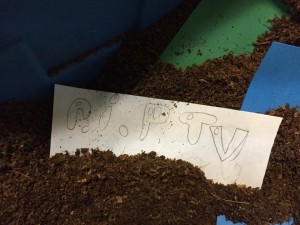 My friend, Yaz Waters, hosted the snake in her classroom, and on weekends, took him home. Recently, she took him home and woke up to find that Toby died, we think, of old age. She texted me and asked if there was any chance I’d be willing to do the funeral and teach the kids a little bit about death, both from my standpoint as pastor and as funeral director.

Sure…? Sure, I’d do it, but would my boss, Rick Harra, be willing to let me take two hours out of an already very busy week to officiate a snake funeral? I took a deep breath, said a prayer he wouldn’t hate me for asking, and I emailed him. I waxed poetic on the gift of giving a funeral for this snake, on the joy of taking care of the kids. Not only did I not need to wax poetic, he countered my poetry with, “I am thrilled you were asked. I think this is absolutely necessary for you to do.”

As soon as the email got to my inbox, he popped out of his office and very seriously started telling me how important this opportunity was. For the past few years, Rick and I have talked about how, as a culture, we have washed away some of the truths of death and dying. And, this, this snake funeral could help begin a conversation. 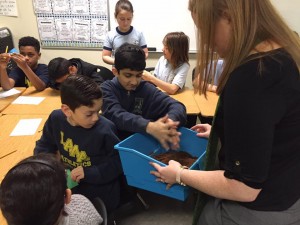 Once I got to the classroom, I put on my stole. And, while I was careful to make this service non-religious and appropriate for a public school, I think they knew that the stole signified that this was not something I was taking lightly and that this was real.

And, it was. Mrs. Waters began by telling everyone that it was okay to cry, to giggle, to wiggle, to smile, and to be sad and that no one, NO ONE was to make fun of anyone’s emotions.

They nodded their heads and as I named each religion and some of their individual rites, I could see different students connecting with their own set of beliefs.

Then we had a moment of silence, in which I told them (just as I do in non-religious human services), that this is a time they can pray to their God or a time to simply find peace. Some kids closed their eyes. Some looked around the room. Some bowed their heads. A few held their hands high in the air. And, one boy sat crossed legged with his arms stretched to his side with his thumb and pointer finger touching. All the different ways of keeping silence and praying and not one kid said a word. It was holy.

And, the holy continued.

I asked them to share stories. One girl said she was scared of him and didn’t like him at first, but then, she grew to love him. She is no longer scared of snakes. He even helped her get through difficult tests. Several kids in fact found Toby to be comforting, as they were allowed to get up during tests and quietly watch Toby to help them relax. And, “Then there was that one time he got lose! Remember that time!?” Followed by laughter. 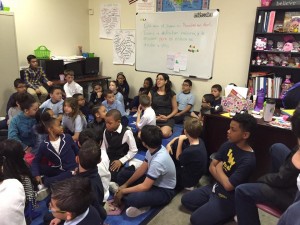 Turns out Toby the snake did a lot more than slither and shed. He was a peace keeper who brought together fighting foes as they cleaned his cage. He was a comforter. He taught them the value of how “knowing someone” helps us overcome stereotypes and prejudice. He was a friend. He was beloved.

And, then we buried our beloved snake. Well, sort of. We had a bucket of dirt. I asked each child to write a word of thanks or draw a picture or say anything they wanted on a slip of paper. Then we took turns burying those slips. The kids loved it.

Death is dirty. It is not clean. It involves dirt and it involves hard work.

Those kids did a lot of hard work that day. They sat quietly. They shared about learning to accept a new friend. They admitted to fear and then to change. Boys cried. Girls spoke up. One boy shared a eulogy. They made a PowerPoint, complete with Beyoncé’s Heaven as background music. They found the right words to write as they said goodbye. 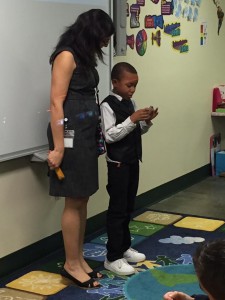 Then, they dusted their hands off and we all said, “We love you Toby.”

As I was leaving the school counselor announced that kids could come by her office any time that day to share, cry, or just have her listen.

And, friends, I know that Mrs. Waters, the school administration, McCrery & Harra, and I all gave those kids a gift, but they, and yes, a snake, gave us all a gift to—the gift to see young minds grieve with hope, with the love of a community, and with the joy of knowing that death does not separate us from one another and that nothing ever really can if we do the work, get a little dirty, and then brush off our hands as we say, “love.”