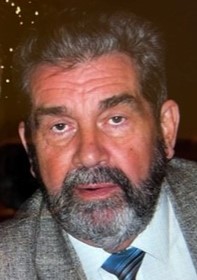 John was born and raised in Chester PA. He resembled “Spanky” from the TV series “The Little Rascals” and “Our Gang”. The name Spanky became his lifelong nickname. Very few people ever called him John or even knew that was his real name. Spanky and Gretchen met at Chester High School in the 9th grade. They were high school sweethearts. They graduated in 1955 and married in 1958. He joined the Army in 1958 and spent 2 years serving his country, spending a year and half overseas in Germany with his new wife. After his military service, he worked for Western Electric and worked for them and their multiple name changes for over 40 years. He was proud to say that he never took a sick day and retired in 2003.

Spanky’s retirement years were spent enjoying his children, grandchildren and great grandchildren and sitting back in his lazy boy chair and watching old Western Movies in his home and at the beach house in Fenwick Island, DE.

He was preceded in death by his parents, Cornelius & Birdie (Miller); his brothers, Neal and Donald Ellixson, Sr.; and his first grandson, Brian J. McGovern. He is survived by this wife of 64 years, Gretchen (Holcombe); his sister, Valeria Lee; brother, James; his 3 children, John Jr. (Karen), David Sr. (Angela) and Gretchen Leary (Edward). In addition, he had 13 grandchildren and 10 great-grandchildren. He loved spending time with them all.