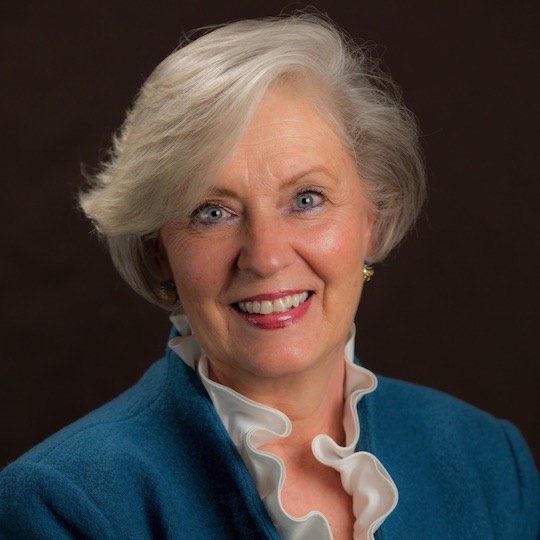 Deborah Jeane Reardon, age 74, of Chadds Ford died on October 11, 2022 at Christiana Hospital. Debbie was born in Wilmington to Charles and Regina Paruszewski. She attended Ursuline Academy through 10th grade before transferring to and graduating from Brandywine High School in 1965. She graduated from Virginia Intermont College and the University of Delaware.

Debbie was a staple in local theatre for almost 20 years. She performed with a number of local theatre groups including performing Shakespeare at Longwood Gardens. She taught English and communications at William Penn High School from 1970 until 1985 when she retired from teaching to raise her children.

As her children grew, Debbie became more involved in community service, particularly the preservation and creation of open space. She chaired the Chadds Ford Open Space Committee for almost 20 years. During her tenure, she spearheaded a successful ballot referendum to authorize collection of an annual open space tax, wrote and received a grant from the Pennsylvania Department of Conservation and Natural Resources to create the Harvey Run Trail - the first municipally funded recreational project in Chadds Ford Township. She created a plan for Walkable Chadds Ford and subsequently received a $1 million grant for its design and construction. She was a representative for Chadds Ford Township to the state and national parks and served as a commissioner on the Brandywine Valley Scenic Byway Commission for many years. Debbie was also involved with the Ashland Nature Center and the Delaware Nature Society where she chaired the Harvest Moon Festival for several years. She was a member of Christ Church Christiana Hundred, and the Wilmington Country Club.

From a young age Debbie fostered and adopted animals of all kinds, eventually developing a great admiration for Irish Wolfhounds and Irish Setters. She found joy in showing her dogs, and had great successes, including finishing first place at the Philadelphia Dog Show with her Wolfhound, Callahan. She had a notable love of all things music, which included making an appearance on stage with The 5th Dimension one fateful night in New Jersey. Debbie was a life-long sports fan, and enjoyed attending both professional events and her children’s games. She was proud of her Polish ancestry as well as her adopted Irish heritage.

At Debbie’s time of passing she was surrounded by her loving family. She is survived by her husband of forty years, Robert, and children Bradford, of Chadds Ford, PA and Alexandra (Zach Krammes) of Los Angeles, CA.

A funeral service will be held on Friday, October 21 at 1 pm at Christ Church, 505 Buck Rd., Wilmington, DE 19807 with entombment in Cathedral Cemetery following the service.