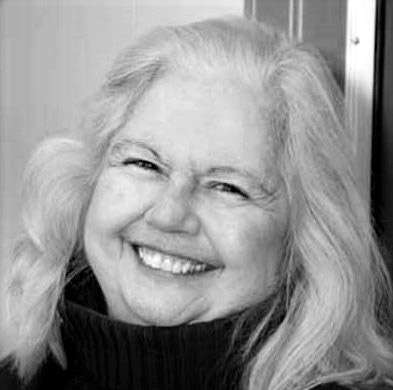 Pat Van-Catledge was born on October 8, 1947 in Miami, Florida. She entered Wayne State University in 1964 where she majored in Theater. It was there that she met her future husband, Frederic A. Van-Catledge. In 1965, they eloped to Chicago to get married. At the time, their interracial marriage was illegal in 17 states. In 1968, they moved to Minneapolis, and she completed her Bachelor of Fine Arts in Theatre of Arts from University of Minnesota. In 1976, Pat and Fred moved to Wilmington, where they would spend the rest of their lives. In the 1980s, Pat attended Drexel University and received an MBA in Marketing Research. She would go on to work for Bank of Delaware and PNC Bank until she retired.

Pat employed the knowledge and gifts she gained in theater in a variety of pursuits. She had a wonderful reading ministry that she shared when reading the scriptures at church or leading Children’s Chapel. Pat brought liturgical drama to St. David’s and created the “Walk to Easter” children’s program that has been shared with churches across the country. She worked behind the scenes and performed in plays at the Wilmington Drama League. In 2014, Pat directed a production of “Nathan the Wise,” bringing together her study of the three Abrahamic faiths, the knowledge gained by her trips to Jerusalem, and over 50 years of theatre experience. She once wrote “I believe that theatre, at its noblest, is great storytelling which takes us out of ourselves and our situation to enable us to better understand who we are - individually and in relationship with others.”

After Pat retired from banking, she was able to devote more time to Christian education for both children and adults. She was known as “Chaplain Pat’ at both Trinity Episcopal Church, Wilmington, and her home church, St. David’s Episcopal Church, Brandywine Hundred.

Pat was a very active member of the Episcopal Diocese of Delaware as a member of a variety of committees and a workshop leader for Parish Life Days. A loyal member of St. David’s Episcopal Church, she has served as a Lay Eucharistic Minister, a member of the vestry, and on numerous committees. Pat loved leading the “Laugh and Learn” bible study group both in person and on Zoom. She also enjoyed interviewing newcomers for the church newsletter. Pat always strived to make a person feel heard not judged, encouraging an exchange of ideas and viewpoints.

Pat had a generosity of spirit, which was expressed in every smile and every hug. She was intellectually curious. She was warm and inviting. But there was some steel there. She did not put up with racism, sexism, and all of the hatreds that pervert the message of the great Love that was the center of her life. She believed in social justice work. As Pat once said in a speech, “There’s work to be done. And the workers are right here.”

A service to celebrate the life of Pat Van-Catledge will be held Saturday, April 30 at 2 p.m., at St. David’s Episcopal Church (2320 Grubb Road - between Foulk and Marsh Roads.). Contributions may be made in lieu of flowers to St. David’s Legacy Fund.