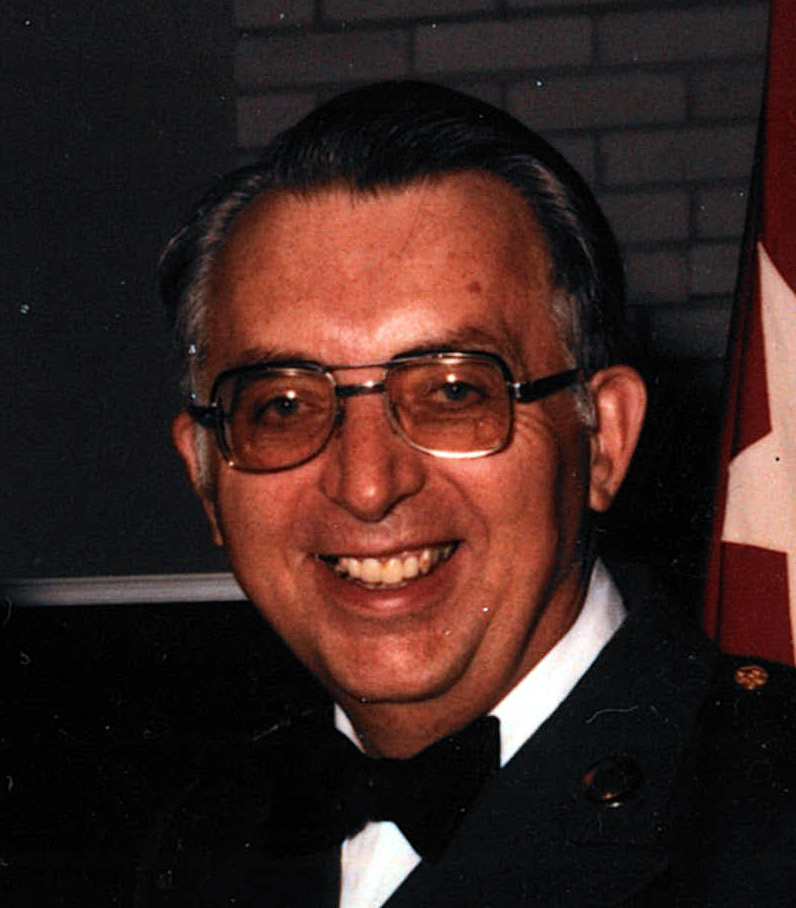 Bill was born in Berlin, MD to Edward and Ruth Godfrey and grew up on the family farm. He earned his rank of Eagle Scout and was a graduate of Buckingham High School, class of ’48 and Goldey-Beacom College in 1960. In high school Bill played soccer and loved bowling, and was a member of Buckingham Presbyterian Church. He worked for A.I. Construction, retiring in 1990. Bill was a past grand associate officer for Job’s Daughters, past Bethel associate guardian of Bethel #11, and a member of Granite Corinthian Lodge #34, member of Scottish Rite thirty-second degree, and member and past deacon of Trinity Presbyterian Church. He retired from the Delaware National Guard in 1989 after 39 years of service where in 1953 he was a recipient of the marksman medal from Battery of 156 AAA Gun Battalion.

Bill married the love of his life, Mary A. Godfrey in Wilmington in 1959. He will be remembered as a loyal member of his church who loved God and loved his family.

Bill was predeceased by his wife Mary in 2012. He is survived by his daughter Patricia “Trisha” Ray and son Stephen Godfrey; granddaughter Kara Ray; sister-in-law Mae Godfrey and her family.

A viewing will be held on Tuesday, December 7 beginning at 10 am at the McCrery & Harra Funeral Home, 3924 Concord Pike, Wilmington, DE 19803. A Masonic service will begin at 11 immediately followed by a religious funeral service officiated by the Rev. Brad Martin from Trinity Presbyterian. Interment in Silverbrook Cemetery.