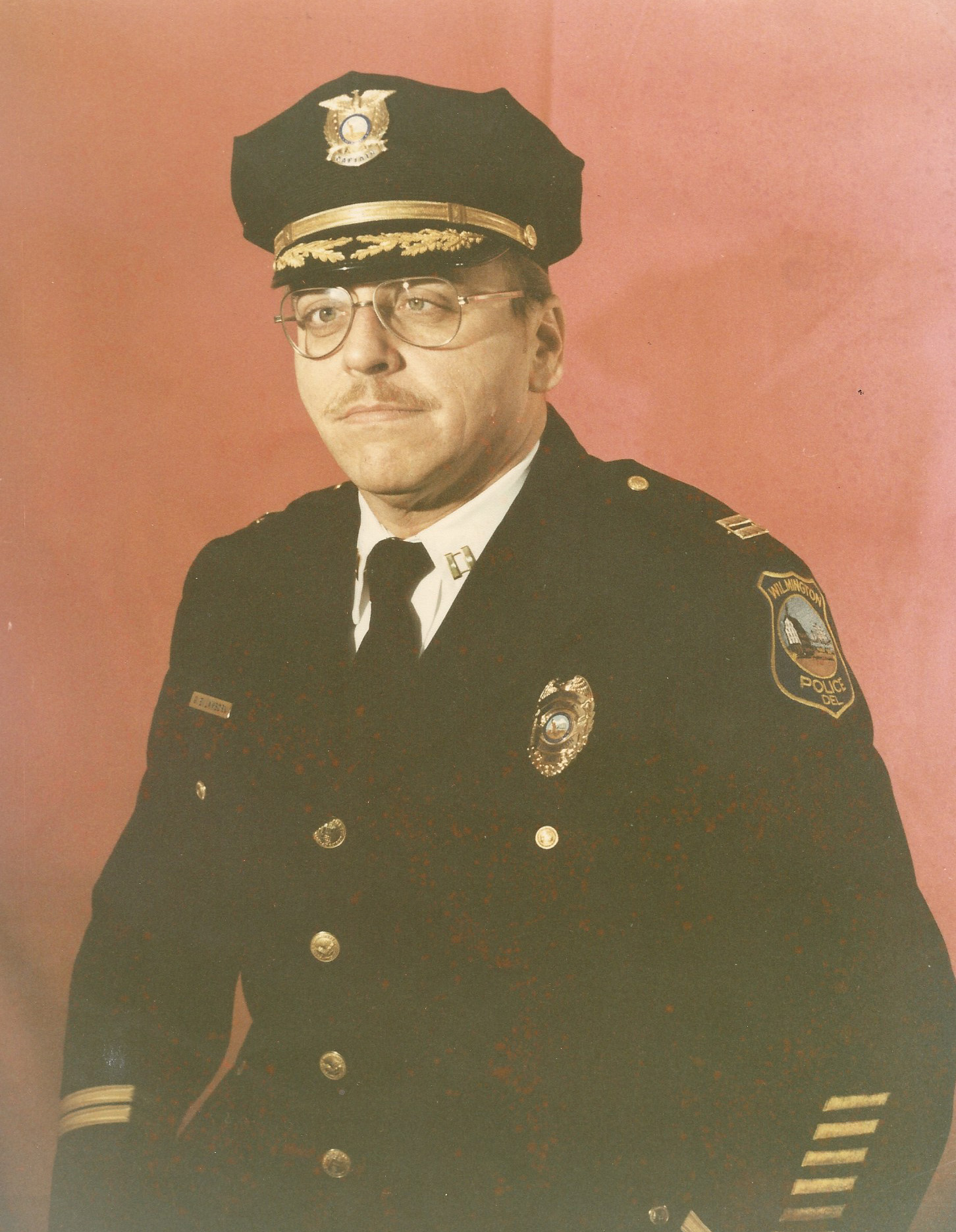 Wilmington – George E. Lamborn Jr., age 81 of Wilmington, DE passed away on October 25, 2021, surrounded by his family after a brief illness.

George was born in Wilmington, DE on December 28, 1939 to George and Pauline Lamborn. He graduated from Wilmington High School, lettering in Football.

After graduation he worked as a lifeguard in Cape May, NJ, a place where he had enjoyed going with his parents for many years during his childhood. George began his career with the Wilmington Police Department in July 1962, rising to the rank of Captain before retiring in 1983 after 21 years of service. After retirement he began working security for Noramco of Delaware, a career that lasted until he finally retired in 1999.

George was a life member of the Cranston Heights Fire Company and held the position of Fire Police and Chairman of the Board. He enjoyed spending mornings with the Coffee Club and helping with many firehouse events. George’s best memories were made with his family and friends at his beach house. His favorites days were spent on his boat, fishing with his children and grandchildren. When at home George enjoyed his favorite TV shows NCIS and QVC, doing crossword puzzles and being in the company of his dog Cujo.

Along with his parents, George was preceded in death by his daughter, Kellie A. Schiavoni; son in law, Vito R. Nepa III; grandson, Vito R. Nepa IV; and granddaughter, Sara Anne Lamborn. He is survived by his loving wife of 53 years, Anne (Hun) Lamborn; his daughters Lisa Pantuliano (David); Thais Nepa and Anitra Cunningham; his sons Brian Lamborn, Charles Lamborn and George Lamborn III (Divinity – The General); 13 grandchildren; 5 great grandchildren with 4 on the way.

In lieu of flowers, memorial contributions may be made to the National Law Enforcement Officers Memorial Fund, 444 E. Street, NW, Washington, DC 20001 (www.nleomf.org)