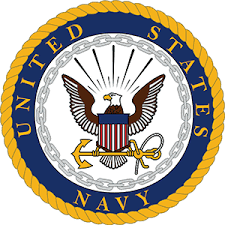 Edward John Hickey, age 83, passed away Thursday, September 30, 2021. Edward was born in New Orleans, LA; the middle child amongst his 3 brothers and 2 sisters.

He graduated from The Louisiana State University and joined the US Navy shortly thereafter. He reached the rank of Lieutenant Commander and left the service with an honorable discharge in 1964. Edward relocated to Wilmington, DE and went to work for the state. He later met his future wife, Vivian, in Delaware where they married and had one son, Andrew. He continued to work for the state until his retirement.

A devout Catholic for his whole life, Edward went on to deliver Meals on Wheels for over a decade after his retirement delivering food to those who needed it and more importantly, giving them company and good conversation. Edward was a family man and loved to dote on his two young grandsons along with all his nieces and nephews.

Preceded in death by his wife, Vivian. He is survived by his son, Andrew, daughter-in-law, Alessandra, and his two grandsons, Jacob and Giovanni.

A Mass of Christian Burial will be held at 11:00 AM on Thursday October 7, 2021 at the Church of the Holy Child, 2500 Naamans Road, Wilmington, DE 19810. Family will receive friends from 10:00 AM until 10:45 AM on the morning of the funeral at church. Burial will be private. In lieu of flowers, the family is asking for friends to make donations to the charity of their choice.