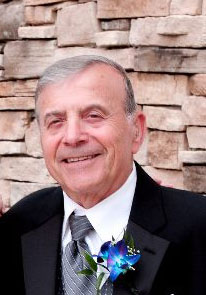 Samih “Sam” Hanna, age 81, of Wilmington, Delaware, passed away on August 16, 2021, at home surrounded by his loving family. He was born on July 15, 1940, in Blouza, a small Maronite village in the mountains of Lebanon overlooking the Qadisha Valley. The fourth of five sons, he first immigrated to Australia, following the path of his brothers and other relatives, and then moved to Canada and then finally to the United States to continue his studies.

He was a graduate of Villanova University and Temple University. After his graduate studies, he worked as a manager at Wheaton Glass in Millville, NJ, and then moved with his wife, Laila, to North Wilmington, Delaware, to be nearer to her relatives and where he would become a small business owner. His businesses were family affairs, with relatives, close friends and neighbors involved in their success.

A voracious reader, his bookshelves were filled with books and magazines on history, politics and religion, and he loved going to the local libraries and bookstores to read international newspapers. Photos from his youth rarely show him without books in hand. He also enjoyed listening to music, dancing to dabke songs, engaging in a good debate and playing with his grandchildren.

Sam was preceded in death by his parents, Wadih Hanna and Yasmeen Wehbe in Lebanon; and brothers Wajih, Joseph and Said in Australia. He is survived by his loving wife of 43 years, Laila; daughter, Norma (George); son, Anthony (Alison); grandchildren, Dean, Joseph and Yasmeen; brother, Noum in Australia; many nieces and nephews both in the U.S. and in Australia; and close relatives and friends, including the Shaer family, Michael Atallah, Nassim and Hayat Nasr, and Dorothy Ghanayem.