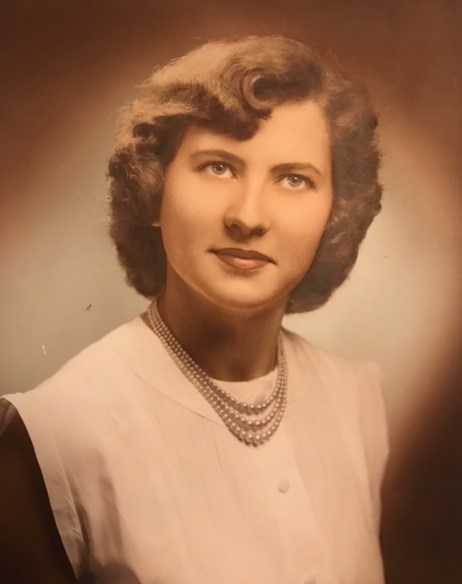 Fran was born in Tarrytown, N.Y. and came to Delaware at age 11 when her father was transferred to the new GM plant on Boxwood Road. She was the daughter of Regent “RED” and Germaine (McNichol) Gagne - of Canadian descent. Fran attended Wilmington High School - class of ‘54. She was a legal/real estate secretary for a number of years. Later, she went to work for the state with the Office of the Medical Examiner, Dept of Health and Social Services and the Dept of Services for Children, Youth and their Families, retiring after 15 years of service.

Fran’s joy in life was her family and the bliss was added by her grandchildren. She enjoyed reading, poetry (could remember the poem but never the poet) decorating her home, crocheting and faithfully planting her spring flowers which as she would say “needed a wing and a prayer to grow” because her green thumb never seemed to cooperate. And without a doubt - one of the Phillies’ most boisterous fans. Fran was fun and generous to a fault. Her children named her “Wooden Spoon Mom.” Her grandchildren of which she was so very proud considered her fearless. At one point dubbing her Rambo Mom-Mom —- they shared much laughter.

Much to her family’s dismay Fran would talk to anyone, anywhere, any time on any subject. She just liked people and found the conversations interesting and enjoyed when she could work a smile from someone looking rather grim. Fran could feel everyone’s pain or joy.

Fran’s admiration for two women in her life were her sisters. Dorothy, the oldest, who Fran thought was the most generous and gentle of women and her sister Florence, the middle child, who was courageous, strong and always knew she had her angel at her side.

Fran used to describe her faith in the LORD - a quiet faith - she felt she and her GOD were on the same wave-length and she did not need outward displays of her belief in the LORD, his son JESUS and the Blessed Virgin Mary. All on whom she called many times throughout her life. They sustained her through the worst of times and shared her joy in the good times. She would tell us - believe in what gives you comfort, support and joy. The Good Lord was her answer.

Fran was predeceased by her parents, her husband Charles in 2011, daughter Caren in 2016, and infant son, Christopher in 1962. She is survived by her sons Charles (Karen) and Ken (Karen) and grandchildren.