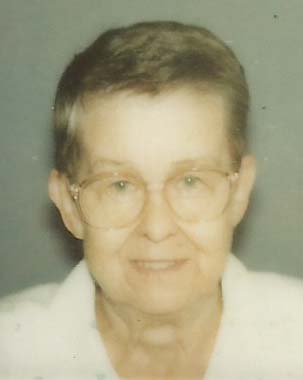 She was born and raised in Wilmington and was the daughter of the late John and Michelina Artysiewicz.

During World War II she worked in the tool distribution bin at the New Castle County Army Air Base. After the war she worked at Grimminger’s Bakery where she met her husband of 55 years, John P. Kahn, Jr. She then became a homemaker who truly enjoyed when the house was full of people during the holidays.

A viewing will be held on Monday, July 19 at 10 am, at the McCrery & Harra Funeral Homes, 3924 Concord Pk, Wilmington, where a funeral service will follow at 11 am. Burial will be at Silverbrook Cemetery

In lieu of flowers, memorial contributions may be made to a charity of your choosing.