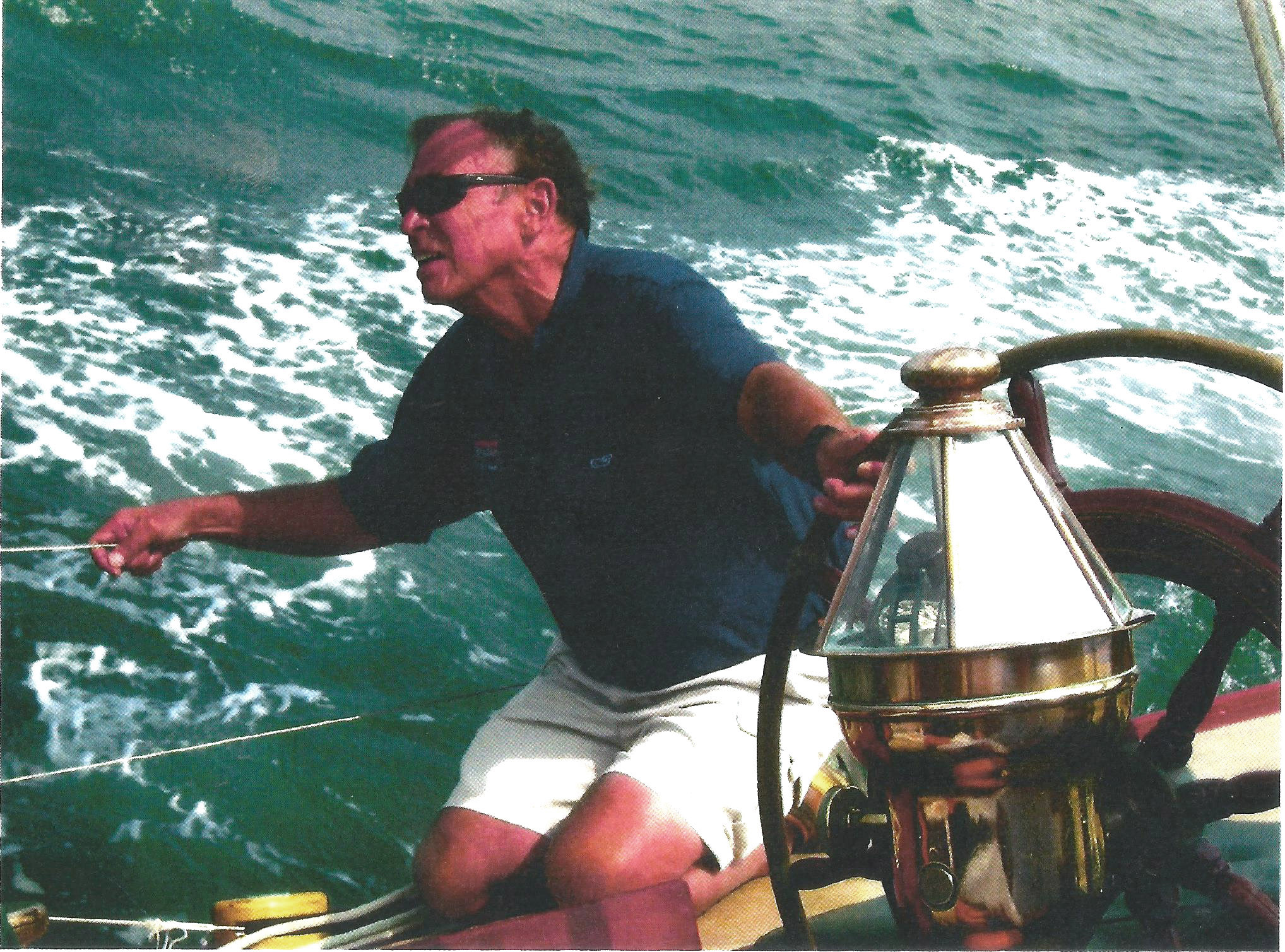 Gordon “Chip” Thayer, Jr., son of Gordon and Catherine Thayer (Deceased) passed away July 6, 2021 after an extended illness. He is survived by his wife, Joan Murphy Thayer, and children Brittany, Eric and Stephen and sister, Barbara Tachovsky. He had seven grandchildren and four great grandchildren.

Chip was a graduate of Middlebury College and received his doctorate in organic chemistry from Cornell University. He was employed and retired from the DuPont Company as a Research Manager.

Chip had many passions and talents. He was well-known throughout the sailing world; was an excellent sailor and competitor and was a Certified National Race Officer

in the US Sailing organization. He held the position of Yacht Racing Chairman for the Annapolis Yacht Club for 20 yrs. He enjoyed supporting the sport of sailboat racing and all of its competitors on the Chesapeake Bay. Many wonderful local, club, national and international competitions were held on his watch. When he was not managing races he enjoyed being on the water with his wife Joan on their Downeast Wilbur yacht, Quickstep. His love for the water and the many sailors in the Bay area brought him great joy. When not on the water he enjoyed building model boats and ships.

He also enjoyed competing in ice dancing as a member of the Wilmington Skating Club with Joan for many years including several Nationals and earned his gold medal in ice dancing from the United States Figure Skating Association.

He was a wonderful father, loving husband and friend to many and will be sadly missed. His contributions throughout his life will long be remembered.

No local services are planned. Contributions to your favorite charity or church would be lovely.