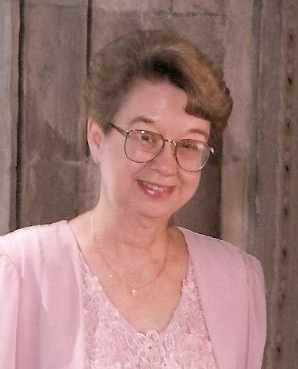 Faye Elizabeth Henry Harber DuPlessis died on Wednesday, June 30, 2021 at Chester County Hospital. She was 87 years of age. Born in Savannah, Georgia, she was named Fay and was the daughter of the late Bessie and William Henry. She grew up as a beach kid on Tybee Island, Georgia, where she swam with her sister, Ruth, and her Jack Russell Terrier mix, Buddy Henry, sold snow cones to tourists in the summer, worked as a telephone operator and decided her name looked better when she added an ‘e’ to the end.

Mrs. DuPlessis was an Oxford, PA resident for the past 7 years. She previously lived in Hockessin, and before that Wilmington, DE.

Mrs. DuPlessis was a graduate of Virginia Commonwealth University, completing a 6 year combined bachelor’s degree and Occupational Therapy certification program in only 5 years. In order to survive college in the frigid Virginia weather, she had to buy her first actual winter coat, and this trauma prepared her for later years living in Boulder, Colorado and Springfield, Maine. She returned to school in the late 1970s to further her OT education and worked for a number of years with the United States VA.

Faye was a member of Hockessin Friends Meeting in Hockessin, Delaware, joining The Religious Society of Friends (the Quakers) later in her life, as she was drawn to the messages of the Divine in all things, and the importance of self reflection and community.

Becoming fascinated with paper craft in the early 1970’s she honed her skills and sold her original paper cuttingartwork(Scherenschnitte, Silhouettes,Wycinanki, and free form) at craft shows and local shops, with business and framing help from her husband, Bernie. She was a juried member of the Guild of American Papercutters, and the Pennsylvania Guild of Craftsmen. Her work won multiple awards and was included in a handful of publications.

She loved doing crafts with her grandchildren and instilled a love of art and handiwork, and paper work especially, in many of them.

Relatives and friends are invited to the services which will be held Wednesday, July 14th at 2 PM (visitation beginning at 1 PM) at McCrery & Harra Funeral Home (3924 Concord Pike - Wilmington, DE 19803). In lieu of flowers, donations in her name may be made to the Healthwell Foundation, https://www.healthwellfoundation.org/. To send condolences visit: www.mccreryandharra.com.