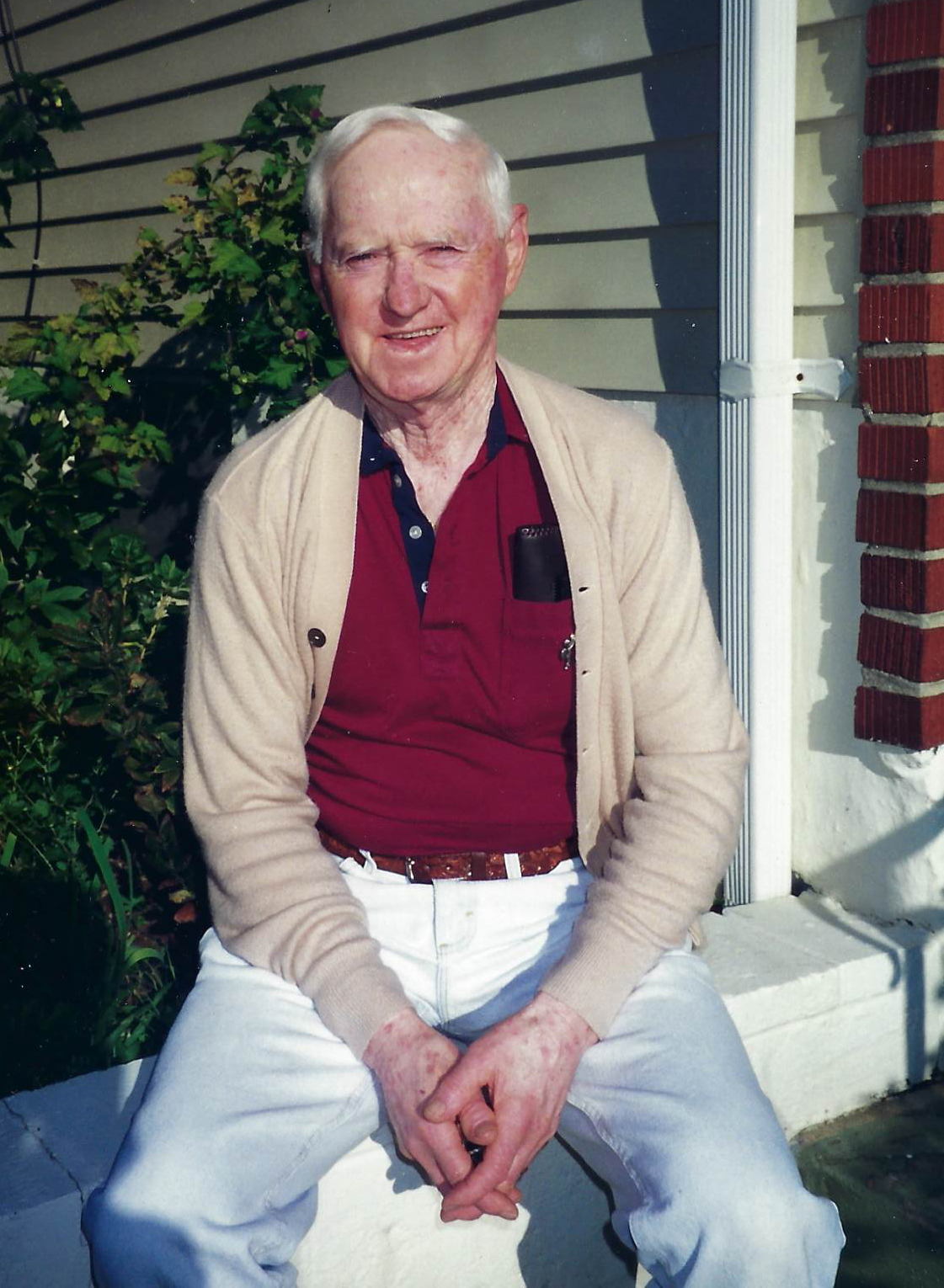 Age 93, born in September 1927.Living in Newark, DE Jim passed away peacefully on April 10, 2021. Jim worked at Kaumagraph for 30 years. At age 57 he started a new career as a carpenter’s assistant with IA Construction.

Jim lived with his Daughter, Beetle Goodley-Condiff and her husband Kenny for the last 15 years. Jim’s commitment to his family was his passion. He also spent time in Boalsburg, PA with his daughter Sharon and her husband Jimmy and family. Pop considered the time spent with his grandchildren MAGICAL!

“Big Jim” was a world class bowler. Bowling in a league in 1956, he averaged 194.4. In the early 1970’s, Jim was the only bowler in the State of Delaware averaging over 200. He was a frequent bowler in many leagues and tournaments in and around Delaware. Jim also bowled in the Delaware Senior Olympics and the National Senior Olympics. In the Senior Olympics, he bowled with his daughter Beetle in the National Mixed Doubles in 2009 where they won the Silver Medal. In 2011 Jim bowled with his Son-in-Law, Kenny where they won the Silver medal in the Men’s Divisions. Jim was 82 and 84 years old when they bowled and he had to bowl in the 50-54 (youngsters) age division. Jim won over 50 medals from the DE State Olympics including over 30 gold medals. In the Nationals, he won 6 gold medals and more than 15 medals total.

Jim was also a very good semi-pro baseball player. He played in leagues and tournaments in DE & MD in the 1940’s until the 1970’s. Jim once even pitched a perfect game. Jim was also a highly ranked racquetball player in DE.

Jim met the love of his life, Vivian, at one of the games. Jim had admired a girl in a lilac-colored dress in the stands. After the game, Jim followed a few of his friend’s home. As he pulled into the driveway, there was the girl in the lilac dress standing on the porch. As it turns out she was the sister of one of the ballplayers.

Jim’s grandparents came to America in the early 1900’s from Poland. He was a longtime member of White Clay Creek Presbyterian Church.

Jim is pre-deceased by the love of his life, his wife of 56 years, Vivian Wright Goodley who passed in 2006; Mother and Father Elsie and Joseph Goodley, Brothers Joseph Goodley, Walter Goodley and John Goodley; Sisters Jeanette Cebanka, Martha Goodley and Helen Cella.

At Jim’s request the funeral services will be private.