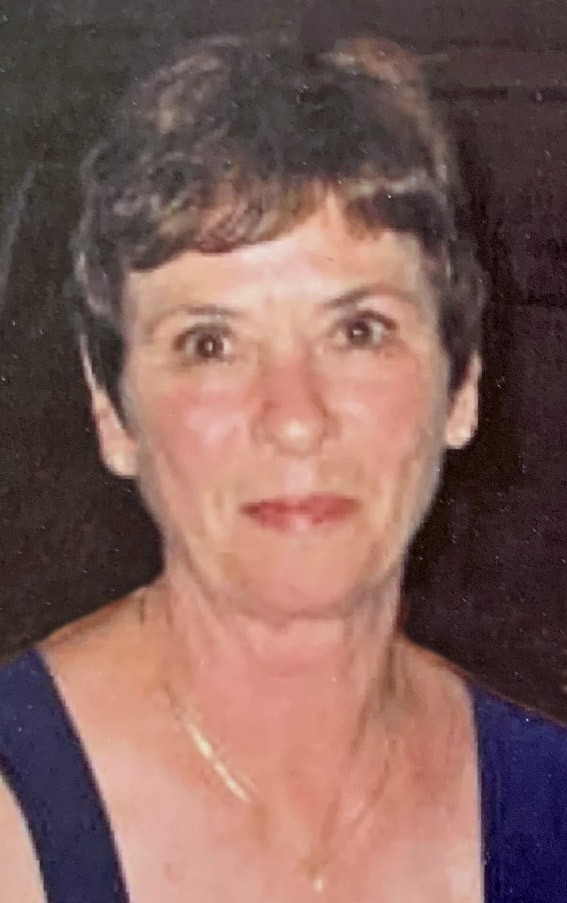 Natalie F. Lamoreau age, 76, from Wilmington, DE. peacefully passed away on Tuesday, March 2nd, 2021 after a lengthy and enduring battle. She is survived by her sister, Mary Gardiner, along with her sons, Ricky Antonoff, Russell Antonoff, Ryan Antonoff, and her daughter, Denise Krackenberger. Also survived by her Grandchildren, especially dear to her heart, Cory Krackenberger, Matthew Krackenberger, William Antonoff, Anna Antonoff, and Ashlee Antonoff. Natalie loved each of them deeply and unendingly. She also fondly adored and loved all the children of Fred Lamoreau and Bill Trees.

She and her sister Mary were the best of friends and both were adopted. They were raised in Spokane, Washington. Natalie was full of fire and energy. They were both mischievous characters. As small children, Mary remembers them playing house for endless hours. Mary says Natalie wanted to be a nun and was a teacher’s pet at the Catholic schools they attended. Natalie was highly intelligent, a bit stubborn, and quite loveable. She was always at the top of the class. Although the sisters fought like cats and dogs, they loved each other even more. Natalie was fiercely protective of her older sister Mary. Once, a boy threw a snowball and hit Mary in the head. Natalie laid him out! She made the young man pick Mary up to her feet and as the story goes, she proceeded to kick his derriere.

Natalie is an Honorably discharged Veteran of the U.S. Army. She served at Fort Benning, GA. and met my father Robert B. Antonoff, during the Vietnam war. After her children became teens and life changed, she worked for the Delaware Energy Office and The Disaster Research Center. She was always very dedicated at everything she did.

In our younger school years, Mom was a great school mother and an enthusiastic cheerleader for her children in sports and all other activities. She led us and our friends on Christmas Caroling escapades, arm wrestled my neighborhood buddies, and always cared for the well-being of her neighbors. She protected her children with great ferocity if anyone tried to hurt them. Even as a physically fit teenager, I could not outrun my mom. It was wise not to misbehave because there was no escape! We laughed about that often.

She was last married to Fred Lamoreau. He was a wonderful husband and a great love of her life. They were both adventurous. Fred was a phenomenally successful engineer, an educated man of the sea, and an Honorable Veteran of the U.S. Navy, Coast Guard, and Merchant Marines. Natalie and Fred spent many memorable years, fishing tuna on their beautiful Jersey Yacht. They maintained a home and a couple slips in Oceanview, DE. and many years prior to that, in Cape May, NJ. They traveled the inland waterway and often recalled stories from that journey.

It seemed everyone in their neighborhood regularly gravitated to their home in the evenings. It was commonplace to hear Natalie, Fred, and friends laughing throughout the evening. It brings a smile to my face.

After Fred passed, she met her final partner Bill Trees, another incredibly good and decent man with a similarly awesome demeanor. Both Fred and Bill were men of few words but spoke with great meaning and effectiveness. They had an intelligent and unique dry sense of humor. Natalie and Bill spent the last golden years together. They traveled to different wonders of the world. They whale-watched in Alaska, cruised the Danube River, and traveled back and forth, to and from Washington State. In the last couple years, they spent many days and nights sitting on the porch, simply conversing, birdwatching, sharing solitude, and the peaceful passing of time. Bill was also an Honorable Veteran of the U.S. Air Force. She had her first love, true love, and last love…

Natalie was a very diligent and solid minded individual. She clearly knew what she expected and feared nothing when speaking her mind! No matter how gentle or indelicate, her intentions, they were always for the best and often right on point!

Many of us have recently learned something new after Natalie’s passing. We were amazed and nearly speechless at her incredibly persistent record keeping! She managed and organized well over 10,000 photos, various documents, videos, slide shows, older equipment, and many other historical family keepsakes over the past 75 years! We are talking about photos of her and her family when she was 3 years old and older. Not to mention everything from library cards, yearbooks, newspaper clippings, and so many other types of documents. This includes all the above for many other family members as well.

Due to COVID 19 all services will be private.

Natalie had great affection for Sojourner’s Place. Please send any donations to them. It is a great cause for homeless men and women. Sojourner’s Place was very special to my mother. To donate visit: www.sojournersplace.org