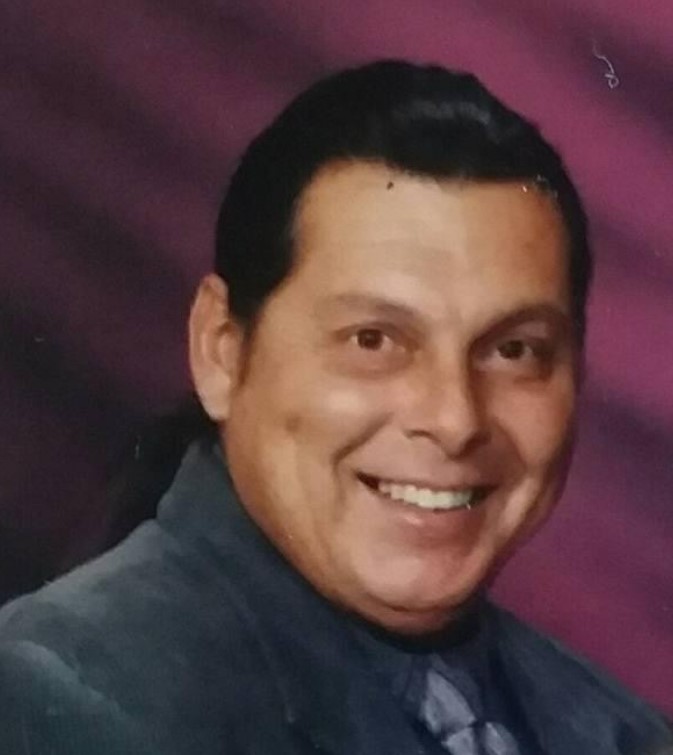 Charles Norman Bush II, age 66, better known as Chuck, passed away at home in Wilmington DE on Jan 27, 2021 with his loving wife by his side. He was born in San Bernardino, CA to Charles and Enedina Bush and raised in Riverside, CA. He remained in southern California until 1986

In 1986, Chuck married his best friend and soul mate, Sharon McCaffrey. And they moved to Folsom, PA in 1991. Deciding they would rather look at cactus than shovel snow, they relocated to Sierra Vista, AZ in 1997 where he spent the next 23 years. And never met a stranger. He looked at everyone as a friend or family member. He loved to cook and bake for all of his friends and family and never hesitated to make food for Sharon’s many potlucks at the local hospital. Everyone loved his food and would eventually ask him to make it again, and he never said no. Chuck was always there to lend a helping hand. So, when it came time to move to Wilmington, DE to care for his in-laws, he did it without hesitation.

Since losing my dad, I have been reflecting on lessons learned, memories made and time shared together. And what I will remember more than anything else is his love for my children and his love for my mom. My children meant the world to him and he would have done anything to see them smile. The bond he had with my daughter, even when she was a baby, is absolutely beautiful. I loved seeing his face light up when Gillian would walk in and say, “Hey Papa”. It was a smile that only she could bring out of him. He loved telling everyone that was his granddaughter and he took pride in introducing her wherever he could. Thanks, Dad….Thanks for always showing her that you were there for her and for always reminding her, as you did Nick and I…She could always ‘come home’. She misses her Papa.

One thing I admire about my dad is the loyalty and dedication he had for my mom. Over 36 Years of marriage and his love for her never changed. They truly loved one another and they made sure to choose each other every day, without fail and without hesitation. They came first in each other’s lives, NO MATTER WHAT. He treated my mom like a queen and never stopped trying to make her smile. And she did the same for him. She was his entire life, his whole heart, his true love. I have never seen a man more dedicated to a woman than my dad was and even that seems like such an understatement. In a world where ‘loyalty’ seems so foreign, it was one of the most important values in our family. And even our youngest family member, Javi, is loyal to the bone. (Rare at 15 years old) So thanks Pop…Thank you for showing me the true meaning of ‘for better or for worse’. Thank you for always taking care of her. Watch over Mom now and keep your arms around her for the next few months. I’ll take care of her down here. You take care of her up there. (Gotta teach her how to cook. Bennie and Helen can’t survive on quesadillas and hot dogs.) Just stay by her side, Dad…like you always have. As independent as she is, she’s lost without you.

If I know my dad at all, I know that an obituary saying he is survived by his wife, Sharon, would not be ‘copacetic’…One of his favorite words when giving dad lectures. They were truly best friends and soulmates. They never stopped doing things to make each other happy. Mom….thank you for showing my dad unconditional love. Thank you for never giving up on him. Thank you for loving him, no matter what and for making sure he was always taken care of. I truly believe he was a better person because of you and the love you had for him. You are the love of his life and I hope you carry that with you always. I know that there is nothing to say that will ease that pain even a little bit, but I love you. I will always be here for you. And I am so grateful for you. Thank you for everything you did for my dad. Thank you for being the butt of almost all of our jokes. And for taking it like a champ. Thank you for teaching us how to really take in all the dad lectures…in one ear and out the other. I know he’s right by your side now, just like he always has been.

It’s too basic for my dad to just write a simple obituary that barely describes who he was. Yes, he left people behind and he lost people before him. But my dad wasn’t one for your basic, mundane, routine. My dad was a joker, who like to laugh and joke. My dad was the guy that couldn’t lose a water fight, so he put the hose threw the window to soak ALL of us. (And the house too) He didn’t mind the whipped cream fight in the living room, each of us armed with own can. He always chose to have fun when we could and always wanted us to ‘just be kids’. He was the guy that would open a card on his birthday and announce, in front of God and everyone that it “wasn’t a Hallmark!”

My dadwas proud to be an American and had the utmost respect for our troops and veterans. Our veterans deserve more in his eyes. I’m sure he would have taken in EVERY single veteran in need if he could have. Hehad a giving heart and his door was ALWAYS open to those in need. Whether it be a warm meal, a hot shower or just some place to rest your head….my dad was more than willing to help. All he would ever ask was for a person to ‘pay it forward’ when they were able to. He took care of everyone he knew and I am blessed to have been taught to help others. He never denied anyone we would bring home, as kids or adults, that needed help. We would mention their situation and then he took care of them daily until they were on their feet. He had a way about him that never made you feel like he was ‘helping’…He just made you feel like you’ve always been a part of the family.

My dad wasn’t a saint by any means, as none of us are. But for as stubborn as he could be, he never said no to anyone.He always taught us to help when we were able to and to do it without having to be asked first. Maybe that was his purpose….to show kindness to others that have been knocked down, to show love wherever he could in a world fueled with hate. And to show others how to be kind as well.We didn’t always see eye to eye, but eventually….We’d always come together.

Thanks for everything, Pop. I love you…..Rest in Paradise.

P.S. My new clown painting looks amazing in my house!!!