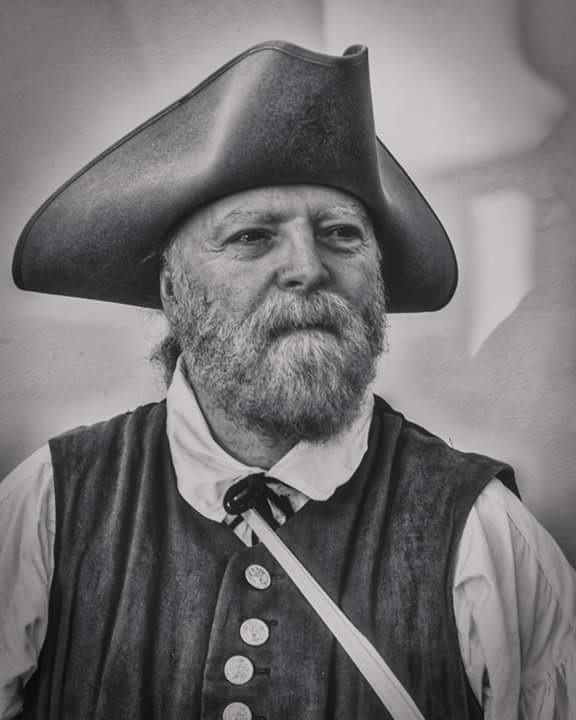 He was born in Wilmington and raised in Stanton, DE. David is the son of the Virginia and the late Preston J. Price. He survived a horrific accident as a toddler, causing burns and frequent stays in the hospital throughout his childhood. This gave him resolve to excel, and he applied it to both his work and his relationships. David was a faithful Christian.

David learned to make dental molds at a very young age and went on to make facial prostheses, including eyes and jaws for damaged veterans and cancer victims. He later went to work ‘on the line’ at GM for 24 years, retiring when the plant closed. On retirement, David found his dream job, as historical interpreter, giving tours of the New Castle Courthouse museum and portraying both well-known and overlooked giants of history. He was also proud of his Welsh heritage.

David’s greatest joy was in doing and sharing research. His interest in battle tactics extended beyond both sides of the U.S. Civil War & other conflicts, to personalities & defining events of American history both known and obscure.

Along with his mother, David is survived by his sister, Cynthia Cresswell (David), his Partner of 3 years Dorothy Sherman, who enjoyed some of her happiest years with him.

A funeral service will be held on Wed., Feb. 10 at 11 am at McCrery & Harra Funeral Homes, 3710 Kirkwood Hwy., Wilmington, where friends may call after 10 am. Burial will follow at Silverbrook Cemetery. Services will be held in accordance with the current health directives, wearing masks, social distancing and capacity requirements (40).

In lieu of flowers, contributions may be made in David’s name to Sunday Breakfast Mission, 110 N. Poplar St. Wilmington, DE19801 or Civil War Battlefield Trust, www.battlefields.org/