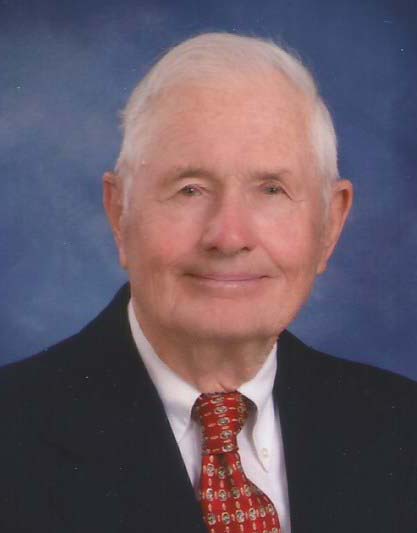 He was born in Wilmington, DE, the son of the late Ruby (Fry) and Graydon D. Hurst. Graydon graduated from Wilmington HS in 1944. After graduation, he proudly served in the US Army, stationed in the Pacific Theater during WWII. During this time, he married the former Phyllis Blackson. After he was honorably discharged, he returned to start his career as a Bricklayer. Graydon was a 75-year member of Bricklayers Union #1.

He was a 71-year member of Red Clay Creek Presbyterian Church, where he served as Deacon, Elder, Usher and on many committees. He always enjoyed being with the group known as ROMEO - Retired Old Men Eating Out and a weekly Bible Study group. He was the last surviving founding member of the Oakwood Valley Swim Club, where he would swim laps every day in the summertime.

Upon retirement, he enjoyed playing golf into his 90s and was a member of Newark Senior Center Golf Group. Graydon traveled around the U. S. playing golf and one of his best memories was the ability to play on the Old Course in St. Andrews, Scotland.

A funeral service will be held on Saturday, January 16, at 10 am at Faith Presbyterian Church, 720 Marsh Rd, Wilmington, DE 19803, where friends may call after 9am. Burial will follow at Red Clay Creek Cemetery. Services will be held in accordance with the current health directives requiring wearing masks and social distancing.

In lieu of flowers, donations in Graydon’s name may be made to Faith Presbyterian Church.