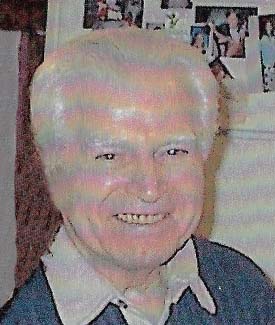 He was born in Wilmington, DE and was the son of the late Eleanor and Leon T. Ashcraft, Sr. He graduated from Brown Vo-Tech. At age 17, John enlisted in the US Navy, where he served in WWII in the South Pacific and the Korean War. He was assigned to the USS LCI-688. For his efforts in the South Pacific, John was awarded the Philippine Liberation and Asiatic-Pacific Campaign Ribbons, each with one Bronze Star. Returning home, he started his career at the former Diamond State Telephone Company and retired after 42 years in 1982 from Verizon. John was a Line Construction Supervisor.

He was the oldest living member of V.F.W. Post 5897 and a member of the USS Landing Craft Infantry National Assoc. John enjoyed fishing for flounder, country music but mostly spending time with his family.

A funeral service will be held on Friday, January 15, at 11 am, at the McCrery & Harra Funeral Homes, 3710 Kirkwood, Wilmington, where a viewing will be held from 9-11 am. Burial with military honors will follow at Silverbrook Cemetery. Services will be held in accordance with the current health directives, wearing masks, social distancing and capacity requirements (40 people at a time).