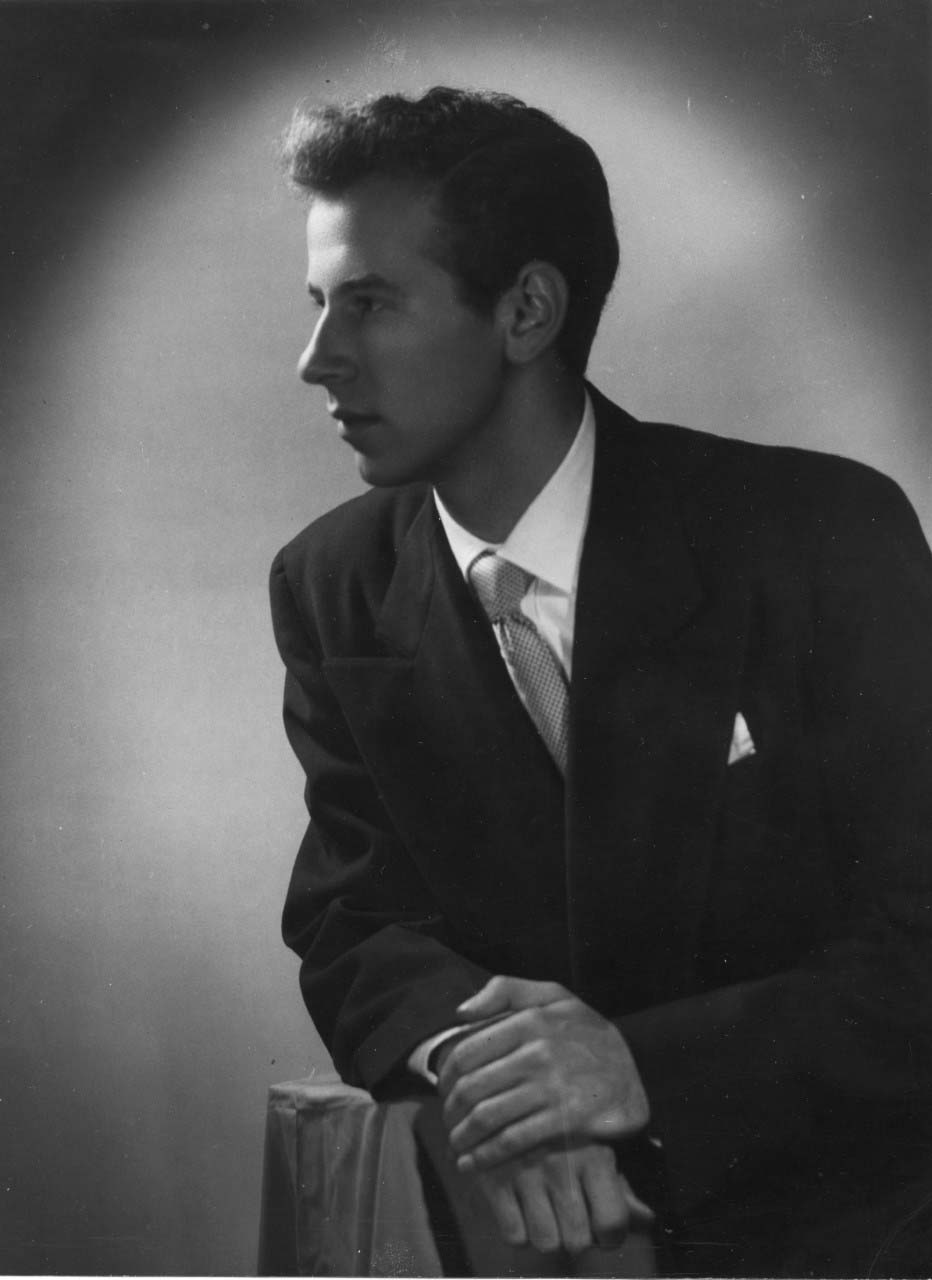 Basil was born on September 21, 1927 in Barnesboro, PA, the seventh child of the Very Reverend Basil J. and Mary Tokay Macknik. In early 1941, his father was assigned to Saints Peter and Paul Ukrainian Church on South Heald Street and his family moved to Wilmington.

As a boy, Basil became a talented artist and woodworker. During WWII, Basil won the Army Air Forces patriotic poster contest for Delaware. First prize was a local art school scholarship and a chance to travel to N.Y.C. and meet Captain Eddie Rickenbacker, the WWI ace.

As a teen, Basil was bitten by the acting bug in high school and joined The Brandywiners, Ltd. and The Wilmington Drama League. Basil graduated from Wilmington High School in 1945, where he was senior class president. He entered the University of Delaware that Fall. In 1946, Basil auditioned for the prestigious John Golden Newcomer Acting Award. Out of 1400 applicants, he won Best Male Actor. Basil left college and began his acting career on and off Broadway, becoming “Brad (Bud) McCall”. By 1947, Brad joined Actor’s Equity as a full-time entertainer. He performed with the Boothbay Playhouse Players, in summer stock and on Broadway. In 1949, at The Berwyn Playhouse, Brad both performed and was the set designer for the first live play broadcast on TV in the U.S. In 1950, Brad was drafted into the Army and served in the 47th Infantry Division, in Special Services, entertaining troops. He served two years and was honorably discharged.

Brad returned to Broadway in 1953, but it was short lived. His father’s ailing health brought him back to Wilmington where he focused on his second love, home building.

Over the next two decades, Brad worked for several well-known Delaware home builders, including Homer Booker and Grey Magness. Before he retired in 1980, Brad also operated his own custom home building company.

Brad was predeceased by his sisters Ann Kutz, Ollaine Gsell, Mary Marine, Evelyn Halstead, Sonya Ambrose, and brothers Tom and Ted Macknik. He is survived by his beloved brother-in-law, Ken Ambrose, and many nieces, nephews, great-nieces, and great-nephews.

Funeral services will be private. To send condolences visit: www.mccreryandharra.com