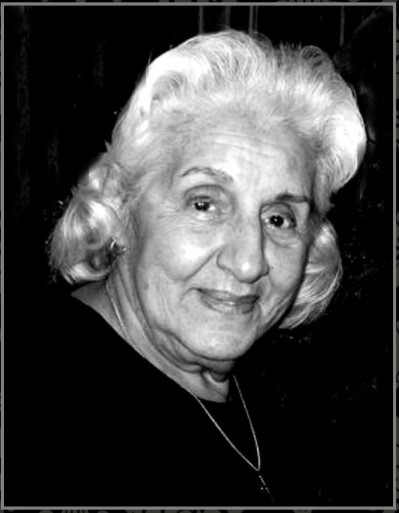 Theresa R.M. Vavala passed away peacefully on Dec. 31, 2020 with her children by her side.

She was born in Watertown, Massachusetts to the late Giuseppe Sabatino and Angela Cerminara Capasso Sabatino and moved to Wilmington Delaware when she was still a child. It was here that she would grow up on Justison Street and meet her future husband, Phillip J. Vavala, who grew up a few blocks away on Jefferson Street. Theresa graduated from H. Fletcher Brown Vocational High School and went on to work several bookkeeping and retail jobs before marrying Phil in 1947. She spent the next few decades raising a family in Elsmere and later in Wilmington on Clayton Street.

When her husband Phil died in July 1969, she managed to hold her family together, working several jobs including as a receptionist at Tilton Terrace Nursing Home and a clerk at Corbin Liquors and relying on her steadfast Catholic faith. As a life-long parishioner of St. Anthony’s Catholic Church, she had a special devotion to the Blessed Mother and St. Anthony. She and her five children attended Mass each week and she, herself, attended Mass every morning and benediction two nights a week. Her family credits her strength of faith and her love of her family as the traits which built her close-knit family and her own longevity. Theresa was a simple woman, preferring to stay put in her home and pray the Rosary.

The funeral and interment at Cathedral Cemetery will be private due to the current COVID-19 pandemic, but a celebration of Theresa’s life will take place later in the year. In lieu of flowers, the family asks that donations be made to St. Anthony of Padua Roman Catholic Church in Theresa’s name.