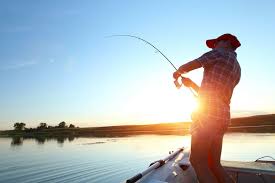 Elmer Fred Martin Jr, aged 69, was called home to be with the Lord, on the last day of 2020, December 31st. Born on July 30th, 1951, to Elmer Martin Sr. and Dorothy Powel Martin. Fred was born, grew up, and remained in Wilmington, DE. Fred graduated from Valley Forge Military Academy in 1970 and began a life of running heavy equipment and construction w/ family, until he quickly found his life long love of trucking.

Fred began his own trucking company in 1986, eventually growing to a number of companies, with multiple employees, trucks and trailers. Known to be a gentle giant, because of his compassion and empathy for those he came into contact with, Fred was also a smart and fierce leader in the transportation industry, garnering a reputation as a “Legend” and one that will not be soon forgotten… Fred met and married his love, Sharon Rowan, in 1979, and they quickly had their first daughter, Jessica (Jessie). 5 years later, they welcomed Elizabeth (Liz), in 1985. The light of his life were his girls, but his world was completed when his grandkids, Jake and Sophie arrived. Fred was an avid fisherman and loved being on his boat and spending time at his beach house in Bowers Beach during the summer. He could be found down Bowers even in the off-season, checking on things and the neighbors. Wherever he went, everyone knew they could always call on Fred if they needed anything. He was also able to achieve his lifelong dream of buying an RV and traveling across country, with the love of his life, in his retirement years.

Fred is survived by his wife Sharon, two daughters, Jessie and Liz, his granddaughter Sophia, his brother Rick and his wife Julie, brother Rob and his wife Bobbie, Holly Freebery, Adam Flees and numerous cousins, nieces, and nephews. Fred is preceded in death by his parents, Elmer and Dottie, by his sister Pattie, his big brother John, and by his little buddy, his only grandson, Jacob. Due to covid restrictions, visitation and the service following, will be held privately, at McCrery and Harra Funeral Home and Crematory on Kirkwood Highway, Wilmington, DE, on Friday, January 8th, beginning at 11am. To view the service online at 11am via Zoom click this link https://us02web.zoom.us/j/83963611663 and take note of the passcode 764284.