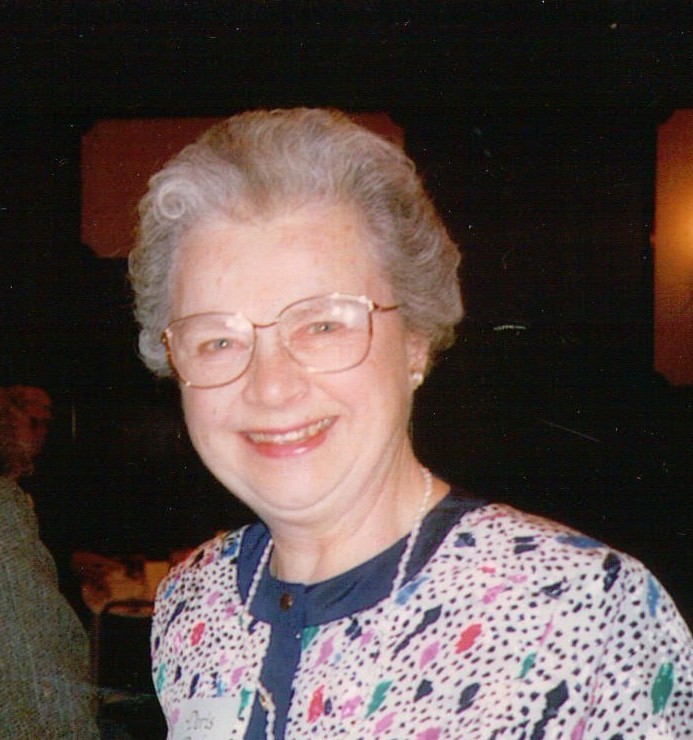 Doris Hanger Beck passed away on December 21, 2020. Born on August 6, 1927 in Dubuque, Iowa, Doris graduated from Dubuque Senior High School in 1945 and went on to study math at Rockford College (now Rockford University) graduating in 1949. In 1950, Doris married Warren Raymond Beck, and the newlyweds worked in Chicago and lived in Evanston.

Doris became an at-home mother when Karen was born in 1954. Warren (aka Bud) and Doris expanded the Beck family - Elaine was born in 1957 and James (aka Jim) was born in 1961. In 1959, the family moved from Illinois to Wilmington, Delaware.

When her children were able to go to and from school on their own, Doris worked as an aide in Forwood Elementary School. A few years later, Doris moved to a new job at Farmers’ Bank of Delaware and ultimately became a head teller. Outside of work, Doris enjoyed volunteering, especially through the philanthropic women’s organization P.E.O. Sisterhood. She was a local chapter leader before expanding to national leadership. When Warren passed away in 2001, Doris became very involved with a number of charitable organizations including the National Ovarian Cancer Walk. The later years of her life were filled with joyful gatherings - holidays with family, a trip to Dubuque for her 70th high school reunion, and a 90th birthday celebration with family from near and far.

Doris is survived by her daughter, Elaine Heredia, her son-in-law, George Heredia, three granddaughters, Rachel, Melanie, and Allison, her sister Rhoda Olson, and her brother Thor Anderson. She is preceded in death by her husband, Warren Beck, her daughter, Karen Beck, her son, James Beck, and her sister Janet Harris. We will be celebrating Doris’ life at future gatherings. The family asks that in lieu of flowers, donations be made to Cottey College (1000 W Austin Blvd Nevada, MO 64722) or to a charity of your choice.