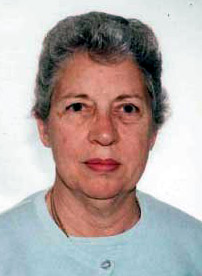 Claire Lyon Abbott departed this life on December 15, 2020, at age 82. In Heaven, she joins her beloved husband Robert W. Abbott, who died in 1995 after 35 years of marriage.

Claire grew up in New Castle and graduated from William Penn High School in 1956. She received a Bachelor’s Degree in Elementary Education from the University of Delaware in 1960 and a Master Of Instruction Degree in 1982. Claire first met her husband Bob at Episcopal Church Camp when they were high school teenagers, and so began a bond that lasted for many decades after. Claire accelerated her college degree, graduating early, specifically to honor her father’s wish that she obtain her college degree before getting married. Her sentimental connection to Old New Castle was forged in part by her family’s membership at Immanuel Episcopal Church on The Green, where her wedding was held.

A few years after marriage, Claire and Bob started a family with 3 boys born in the 1960’s, who they raised in the family home in the neighborhood of Brookmeade (where she resided for 34 years). Always avid about education, Claire and Bob decided to locate their family there because it was in the desirable Alexis I. duPont School District circa 1967.

In her younger years, Claire was an avid tennis player. She enjoyed the family’s Summer vacations at their beach house in Avalon, New Jersey in the 1970’s and 1980’s .In the late 1960’s and early 1970’s Claire enjoyed spending Summer days with her young boys at the Centerville Swim Club. Later, she and her family spent free time enjoying sports and dining at the Hercules Country Club.

She was a doting mother who hauled her kids around in the family’s Ford station wagon (Fairlane, Torino, Pinto). Destinations included Westover Wildcats baseball games and countless Cub Scout, Boy Scout, and other recreational activities.

Claire was very committed to her Episcopal religion. For decades, she was a member of the Parish at Christ Church, Christiana Hundred, where she was involved in the Women’s Guild.

Claire spent the last few decades of her life as a widow, but that did not stop her from forging ahead with both her professional and personal pursuits. She enjoyed spending time with her grandchildren, attending grandparents’ days at school and many sports events. She was also an avid reader. In the 2000’s, she actively participated in courses at the Academy of Lifelong Learning and was an instructor of a number of computer classes.

Claire always had a very calm and kind manner and demeanor (perhaps with the limited exception of when it came to disciplining one or more of her boys while growing up). She had a quiet, keen approach to setting her 3 sons in the right direction for their adult lives, urging and encouraging subtly and gently. Claire provided a strong foundation for her boys, which they in turn have passed on to their children.

Claire was truly a “Mom’s Mom.” She was a good listener. And her even-tempered, positive approach, combined with firm discipline and expectations of honesty and hard work (without lecturing), steered her sons in the right direction. They will be forever grateful to her for all of the time and energy she committed to their upbringing.

Often unspoken was the love and dedication Claire had for her high school sweetheart Bob; her actions spoke louder than her words. She always had dinner on the table at 5:15 p.m., after Bob got home from work via the neighborhood carpool. She was co-creator and strict-enforcer at the dinner table of the “3-bite rule,” which sometimes led to one or more of her boys sitting at the table stubbornly refusing to eat a disfavored food for upwards of half an hour (a lifetime for a young boy). But she was always quick with a dessert reward, making possibly the worlds’ greatest lemon meringue pie, sugar cookies, cakes, etc. for birthdays, holidays, and the ever-favorite family Nestle’ Tollhouse cookie-making activity. She probably should have been a professional baker; every confection item ever produced by her was a smashing hit.

Claire was a public school teacher for nearly 30 years, retiring in 2001 while working at Marbrook Elementary School. She enjoyed seeing her students learn and grow. And she especially treasured her friendships with colleagues.

For a number of years after her retirement, Claire heavily researched family genealogy, visiting cemeteries, searching archived records here and abroad, and preparing a book that recounted centuries of family history. She also traveled extensively, touring countries on 4 continents.

Claire persevered for a number of years on the long, slow walk of Alzheimer’s disease and Dementia, benefiting for many of the last years of her life from the caring nurses and staff at The Country House.

Claire is survived and loved by her 3 sons, Robert, Richard, and John, as well as their wives, Regina, Jill, and Natalie, and 7 grandchildren, Elizabeth, Robert III, Katelyn, Michele, Weston, Samuel, and Erin. She left a living legacy that she was proud to call her family.

The family suggests contributions to the Employee Appreciation Fund, at: Country House, 4830 Kennett Pike, Apartment 5502, Wilmington, DE 19807 or to the Alzheimer’s Association online.