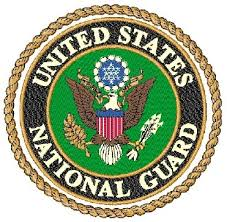 He went on to work as a Chemical Technologist at DuPont Experimental Station for 46 years. after retiring, he worked as a consultant at Micron Inc for several years. Jerry served in Delaware Army National Guard for 42 years, retiring as Sergeant Major. He was a long time member of Richardson Park United Methodist Church where he was very active with Koinonia.

He enjoyed bowling, playing Santa for Guard, church functions and spending time with his grandsons.

Jerry was predeceased by his wife, Joyce Toy and granddaughter, Mary Elizabeth Hughes.

Due to the pandemic, a private service and burial will be held.

In lieu of flowers, the family suggests donations be made in Jerry’s name to Richardson Park UMC, 11 N. Maryland Ave., Wilmington, DE 19804 or National Kidney Foundation.