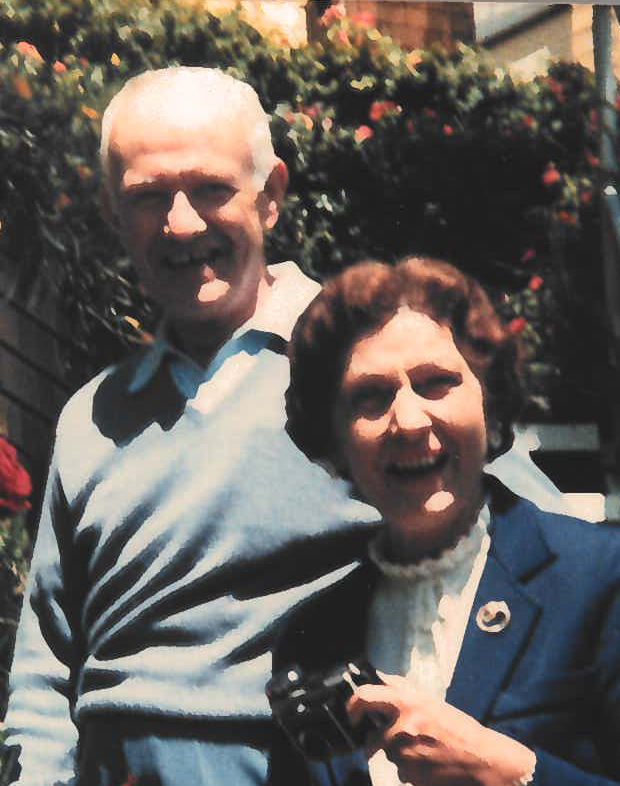 Beryl Camack, age 95, of Brandywine Hundred, joined the love of her life, David, in Heaven, on Nov. 13, 2020. She was also reunited with their beloved children, Donna and David.

Beryl was born April 13, 1925 in Tenterfield, regional NSW, Australia. She was the eldest of three children born to the late Donald Metcalf and Enid Thomas Metcalf. The family travelled from small town to small town as her father was a school teacher throughout New South Wales.

Beryl was attending the University of Sydney, during WWII, when she met a very handsome young U.S. Army captain named David Camack. They fell completely in love. Despite some of David’s letters being kept from Beryl by her parents, who DID NOT APPROVE (American, remember?), they managed to stay in touch while he was serving in the Pacific. Thank goodness for a little sister who “blabbed” about the letters and knew where they were! After the war, Beryl took ship, arriving in America Nov. 23, 1946. She and David were married Dec. 2, 1946. Beryl and David had 50 wonderful years together before he passed away in 1996. Their son, David died in 1991, their daughter Donna, in 2001.

Above all else, Beryl loved being with her family. They vacationed often in the Outer Banks. Beryl had an amazing sense of humor. She enjoyed being out in her garden. She was an expert seamstress and knitter, making clothing for herself, her daughter, and anyone who would stay still long enough to be measured. She knitted marvelous sweaters and gifted them to family, some now being enjoyed by another generation. She also knitted beautifully warm afghans. Some went to family, others to Project Linus to be given to children in need. She was an avid reader, belonged to a book club and enjoyed listening to music, especially classical.

Beryl was a long time member of Trinity Presbyterian Church, Wilmington where she served as an elder for many years, and belonged to several women’s organizations.

From soon after her arrival in America until her retirement in the 1970s, Beryl was a wonderful elementary school teacher, patient and kind, but not necessarily one to overlook late homework. Mrs. Camack is remembered fondly by many students she taught at Edgemoor Elementary School, then later at Lombardy Elementary School.

Preceded in death by her husband and children. Also by her brother, Donald Metcalf, his wife Josephine (Don & Jo) and their daughter Mary-Ann, of Melbourne, Australia and her sister, Rosalind McManus and her husband Walter (Ros &Wal) of Sydney, Australia.

She is survived by many nieces and nephews:

The Melbourne Mob - Kate, Penelope and Jo, and their families,

The Sydney Mob - Teresa, Ky, Katrina and John, and their families.

Also survived by her son-in-law, Jonathan Bruce and his sister, Deborah Bruce (her “adopted” daughter).

Beryl loved and cherished us all, as we did her. We will miss her laughter and her love.