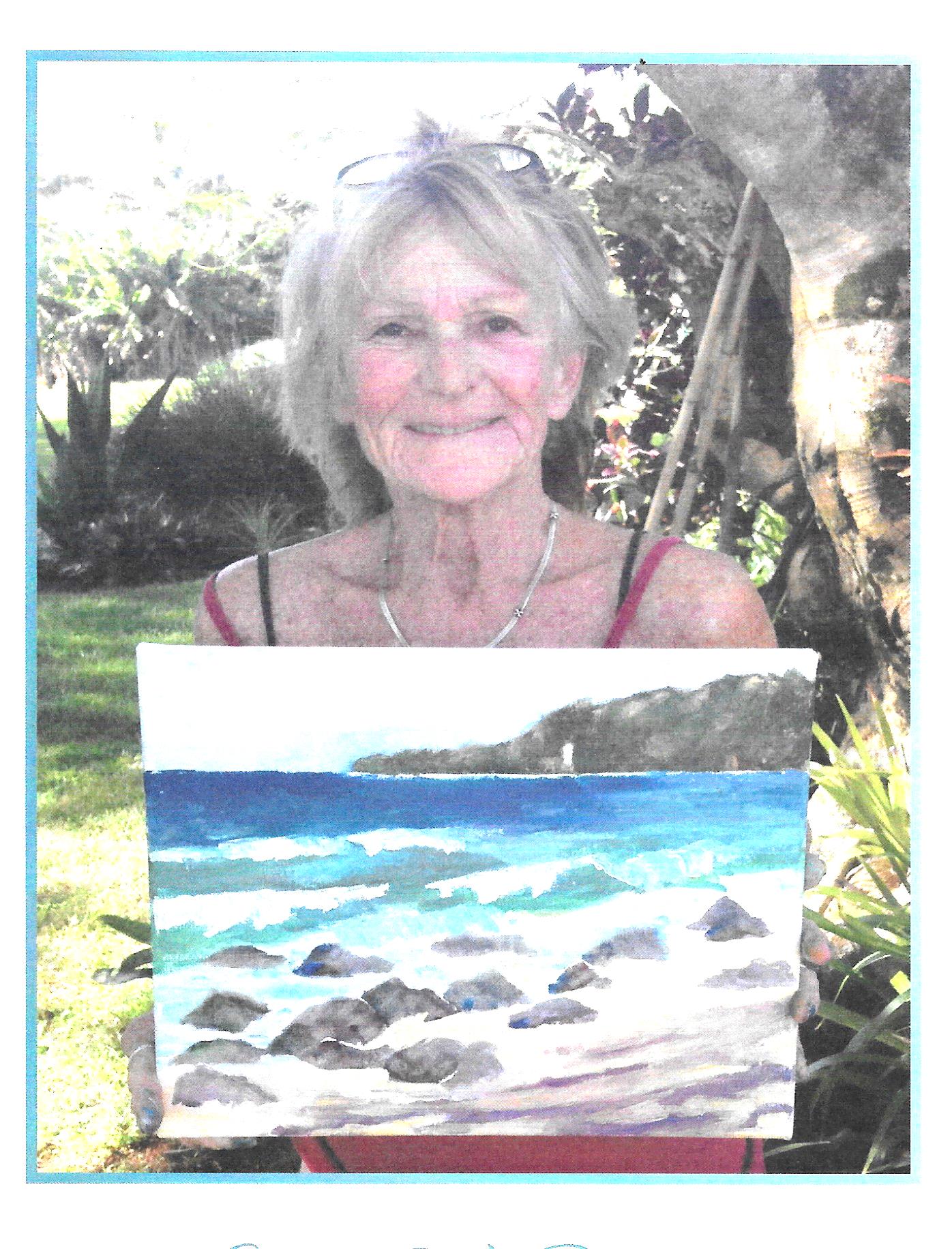 Cheryl Wagner Ruddach passed away on 9/7/2020 at her home in Haleiwa, on the North Shore of Oahu, HI. Her passing was unexpected and sudden after only about 9 days of illness.She was 71 years of age.

Her loving sister Lynn Wagner Wendelburg and her devoted brother- in- law George Wendelburg are her closest survivors. Also left to cherish her memory are many Wagner and Hearn cousins and friends from Hawaii’s North Shore and throughout “Mainland USA”. Her presence will be missed by one and all, especially her sister. Cheryl was always Lynn’s shining star!!

Cheryl was born 12/6/1948 to David R (dec’d 1972) and Anita Hearn (dec’d 2019) Wagner. She grew up in Claymont, Delaware and enjoyed her childhood summers at the Hearn’s family home on Olive Ave in Rehoboth Beach, DE.

After graduating from Claymont HS in 1966, she attended Virginia Intermont College and then U of D. Years later she earned an AA degree in Art from El Camino College in Torrance, CA.

In 1970 she moved to So. Calif and for 16 years she resided in Manhattan and Hermosa Beach Calif delighting in the mild weather and nearby beaches. She was employed early on at Max Factor on Hollywood Blvd and later landed a job at the Aerospace Corp in El Segundo where she became a talented graphic artist.

In 1986 Cheryl felt a strong desire to seek out something different in life and temporarily ventured to the North Shore of Oahu, HI where she remained for the next 34 years. A number of people have described Cheryl as a “Free Spirit” as she lived her life independently and carefree.

Cheryl enjoyed the beauty of Hawaiian beaches and giant waves which kept her enthralled on a daily basis. She called it her “hour of sanity” to stroll on the sand and “splash” in the luscious aquamarine water. Another passion was rescuing cats which earned her the nickname “Crazy Cat Lady”. She fed and provided medical care for numerous cats many of which became her pets. Another interest was her artwork. Friends and family will dearly treasure her paintings most of which was inspired by the exquisite Hawaiian scenery.

A memorial service to honor Cheryl was held Oct 11, 2020 off the coast of Waimea Bay. Two boats, following Covid guidelines, held 11 while others swam, paddle boarded and surf boarded out. Others waved from the shore. Interment was held privately at a spot chosen by Cheryl.

Cheryl wanted to be remembered as “fun loving” and “always entertaining”. As a “good, caring friend to many people and animals”.