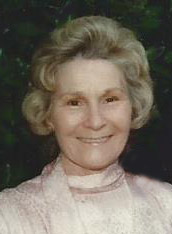 Jacqueline F. Weaver, age 91, of Wilmington, Delaware, passed away of complications accompanying advanced old age. Born in Lancaster County, Pennsylvania, she grew up in the town of Quarryville, where she learned from her parents, Thaddeus and Anna Ferguson, the timeless values of hard work and help to others. In 1946 she graduated from Quarryville High School, and attended the Lancaster General Hospital School of Nursing, graduating in 1949 as a Registered Nurse. Thereafter, she was employed by the Margaret Hague Maternity Hospital in Jersey City, New Jersey, at the time recognized as the most advanced maternity hospital in the world. Her duties there included serving as the Head Nurse, and Supervisor, of the Nursery, Floor, and Labor & Delivery, and as Office Nurse to the Hospital’s Director.
While at the Margaret Hague she met a young doctor, Owens Weaver. In 1953 they were married, moving to his hometown of Wilmington, Delaware. She would call Delaware her home for the rest of her life. The model of the mid-century wife, and mother of two boys, she was an active volunteer for the Eye Program of the New Castle County Medical Auxiliary, and the Family Education Center of Delaware. She was an amiable and sought-after travel companion, and enjoyed hosting a dinner club of her friends. While she enjoyed the life of suburban homemaker, her role as a caregiver continued for a half century for her family. “Jackie,” as she was known to everyone, applied her considerable abilities as a nurse for numerous family members, including two of her sisters, a niece with spina bifida, two infant grand-children, her own parents, and finally her husband. Ultimately, she was ill at ease with the final role allotted to her, that of a patient.
She was predeceased by her parents, Thaddeus M. and Anna S. Ferguson, two of her sisters (Dorothy Sollenberger and Joanne F. Hensel Young), and her husband, Owens S. Weaver, M.D. She is survived by her sister Carol F. Clark of Wilmington, Delaware, her sons William C. Weaver, III of Pittsburgh, Pennsylvania and his wife Jennifer and Thaddeus J. Weaver of Wilmington, Delaware and his wife Elizabeth, and her grandsons Robert H. Weaver of Santa Rosa, California and John B. “Jack” Weaver of Morgantown, West Virginia. Those interested in making a contribution in her memory are invited to consider the Nemours/Alfred I. duPont Hospital for Children virtual toy drive, or any worthy charity of your choice. Because of the limitations on public gatherings, internment will be private. To send condolences visit: www.mccreryandharra.com.