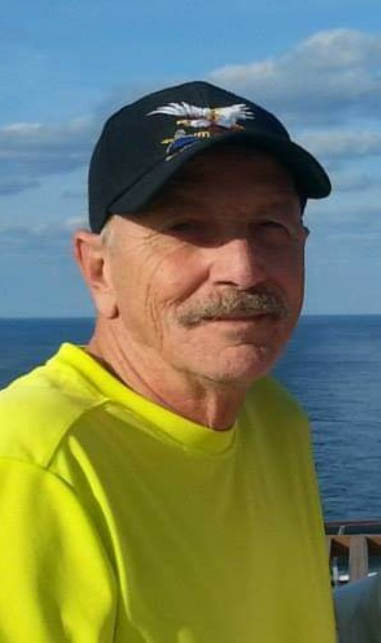 Josh passed away on November 19th 2020 to be with his daughter, Patrice Barbara. Josh fought a hard battle in the last 10 weeks before his passing.

He was preceded in death by his parents Orba & Helen Presley and 7 siblings.

Josh enjoyed spending time at the beach with Patti sitting on the benches watching the ocean while eating his blizzard from Dairy Queen. Josh enjoyed cruising where he could sit back, take it all in and spending quality time with his loving wife. He enjoyed many years of tent camping, motels at the beach and travel trailers with his family on vacations.

Josh also enjoyed spending time at the beach, going to the gym, fishing with his boys and grandchildren at several places in Sussex County. He also enjoyed “guys weekends” with his sons where the boys could get away and spend quality time together. When his children were younger, you would always see him in the stands or on the sidelines cheering his kids and their sports teams on.

Josh’s life revolved around spending time with his family, especially his grandchildren. When they were all together, he would call them his “Dudes”. He would take them to the beach, the pool at the trailer park, the board walk at Rehoboth and several trips to Funland. He would make surprise visits to his grandchildren just to say “Hi” and see how their day was, bringing donuts for them and Dunkin Donuts coffee for him. He was always there to support his grandchildren in their activities and achievements, no matter how early or late something was, PopPop was there. From awards at school to homecoming, proms, sporting events, birthday parties and graduations he would never miss a moment to be there for his “Dudes”. Josh always had the patients of a saint. He would take them on golf cart rides around the park and would let the older grandchildren drive, not getting upset when they did something wrong or ran over things. When all the grandchildren would be together and PopPop was trying to sleep, he would gently remind them to stay quiet (they tried, but never did).

Josh enjoyed cooking and always made sure that his family was fed and everyone was eating. He especially enjoyed fresh produce in the summer and garden-fresh tomatoes.

You would almost never see Josh without a cup of coffee in his hand or asking someone “where the coffee was”.

Josh was so full of knowledge and we always wondered what was the truth or when he was messing around with us on his tidbits of information.

Before Josh retired in 2009 from General Motors, he worked several jobs (sometimes, multiple jobs at the same time) to make sure his family was taken care of and had all they ever needed and wanted.

Josh was always there when anyone needed a hand in doing something around the house or painting advice. His presence will be greatly missed by all, till we meet again.

A celebration of life for Josh was private with immediate family.

One of Josh’s final request was in lieu of flowers, donations be made for his son Scott Presley to the Polycystic Kidney Foundation. www.pkdcure.org (In honor of Josh Presley, recipient Scott Presley. Email PattiPresley@ymail.com)