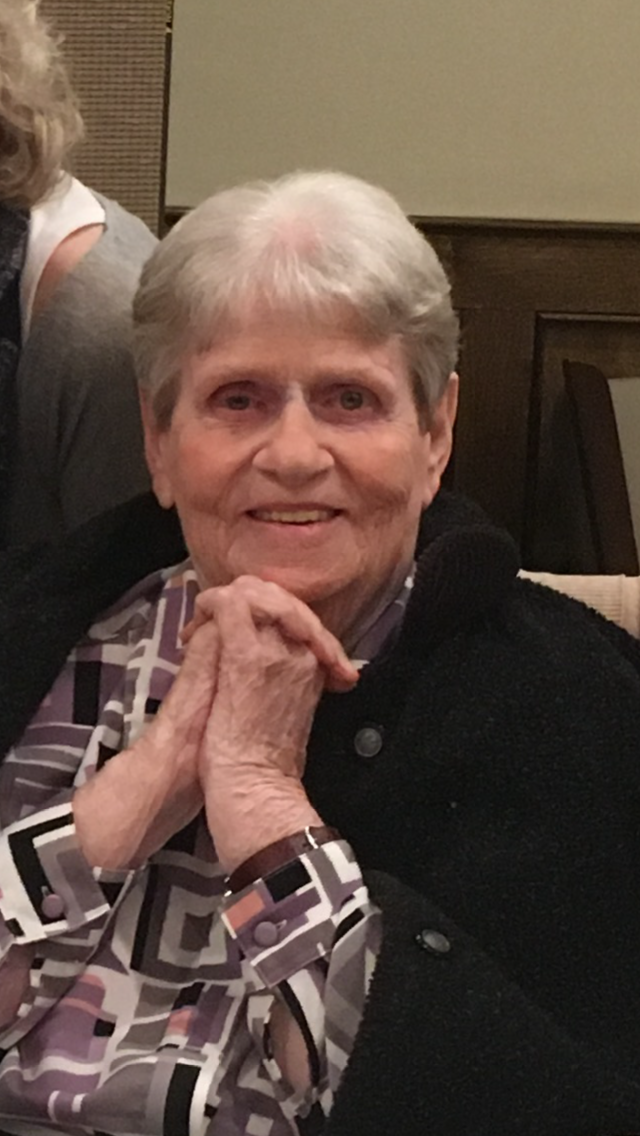 Rita A. McCann (nee McLaughlin) was born May 28, 1931, in Philadelphia, PA. She died surrounded by her loved ones on November 10, 2020, at Seasons Hospice at Christiana Hospital, Newark, Delaware.

Rita was the daughter of the late John and Mary (nee Murray) McLaughlin. She was the 4th oldest of six siblings. She is survived in death by her sister Martina (Bud) Jennings and her in-laws, Peg McCann, Sarah and Bill Louden, and Thomas Gilhool. She was preceded in death by her loving husband, John (Jack) P. McCann. Preceding her in death, sisters; Anna Marie Scully (Matt), Mary Pajak (Edward), Kathleen Wreath (Joseph), and Agnes McLaughlin. Also preceding her in death, her in-laws; Joseph McCann (Terri), Patrick McCann, Marie Duffy (Joseph), and Emma Gilhool. With such a large immediate family, Rita leaves behind numerous nieces and nephews, who were all her second favorites.

Rita was raised in South and West Philadelphia. She attended St. Edmonds and Transfiguration grade schools and graduated from West Catholic High School for girls in 1949. She worked several jobs before getting a fantastic opportunity working for Atlantic Richfield Company. It was here that she met her future husband, Jack McCann, on the mixed bowling league. They married in 1956, settled in Sharon Hill, PA, and raised their seven daughters. She was involved in Holy Spirit Home and School and the Women’s Club while raising her daughters as a stay at home mom. She returned to the workforce as a payroll clerk at Mercy Catholic Medical Center in 1972 but soon found out that she was expecting daughter number seven and again returned to her stay at home mom status.

Rita and Jack retired to the Jersey shore in the Villas, NJ in 1986. Many family and friends spent time at their new home, especially their front porch swing. While in the Villas, Rita and Jack became involved at St. Raymond’s Church and weekly Bingo program. They decided to return “home” in 2006 and settled in Wilmington, Delaware. Rita spent her last five years at Shipley Manor Independent Living Facility. Here she made many friends, both staff and residents alike. Enjoying Bingo, sing-alongs, and Chair Aerobics, as well as Shipley’s socials and celebrations, were the highlights of her days. When Covid-19 hit in March 2020 and closed the facility to visitors, she depended on the staff to bring her meals and check on her well-being. They went above and beyond. She was extremely grateful for the time her doctors, PA, OT, and PT spent with her to fill the loneliness void when the family was unable to visit. During this time, her angel on Earth and our eighth sister, Mandi Lane, along with her helpers, took over when her girls could not be there, and we will all be forever grateful.

Due to Covid-19 limitations and restrictions, Mass of Christian Burial and Interment will be private.

In lieu of flowers, memorial contributions can be made to Little Sisters of the Poor, 185 Salem Church Road, Newark, Delaware 19713 or online donations at http://www.littlesistersofthepoordelaware.org/donations/