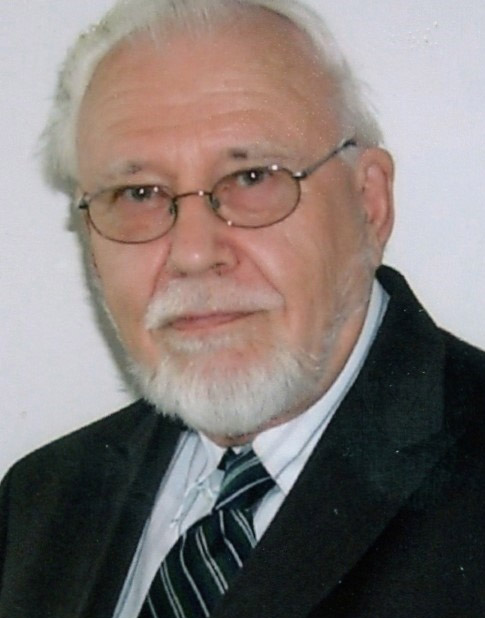 HOCKESSIN – Rev. Frederick (Fred) C. Seyfert, Jr. D. Min., 93 was raised up to the Lord peacefully on the morning of Sunday, November 15, 2020. Fred was a resident of Cokesbury Village now Acts Retirement Community LLC since 2006 and most recently in Willow Brooke Court skilled nursing care unit at Cokesbury Village.

Fred was born in Brockton Massachusetts, son to the late Rev. Frederick C. Seyfert, Sr. and Ruth Alice (Tidmarsh-Hall), of Brockton, Massachusetts. In his early years he and his family lived in several of the New England states before moving to Baltimore, Maryland in 1943 where he attended high school. He graduated from Baltimore City College as a music major in 1945. He studied under an instrumental scholarship at the Peabody School of Music while in High School. In 1947, Fred attended Indiana State Teachers College in Indiana, PA, specializing in Music Education. Fred received a B.A in Social Science from Houghton College in 1951. He met his late wife, JoAnn Shirley (Springstead), while attending Houghton College and were married in Asbury Methodist Church of Rochester, New York on December 30, 1949, officiated by his father.

Fred started his ministry calling in the Advent Christian church and was ordained by the New York Conference in 1951. He served in Iron Gate, VA and Edinboro, PA. Then he went to the Evangelical United Brethren Church in 1957, was ordained as an elder in 1962 in Palmyra, PA. He ministered in Denver, PA; Crossroads-Point Phillips charge, in North Hampton County, PA; Third Church in Philadelphia, PA; and St. Paul’s in Fairless Hills, PA. In 1972, Fred was certified as a Minister of Education by the United Methodist Church. He pastored at Wesley in Dover, DE; Calvary in Milford, DE; Holly Oak in Wilmington, DE; Christiana in Christiana, DE; Suddlersville 3-point charge in Suddlersville, MD; and St. Paul’s in Odessa, DE. In 1992 he retired from the pastoral ministry becoming a retiree of the Peninsula Delaware Conference of the United Methodist Church after serving 41 years as a minister.

Upon retiring in 1992 they moved to Diamond Street in Kiamenski Gardens in Wilmington, DE. They became long time members of St. Mark’s United Methodist Church. They served on several committees and taught Sunday school classes. Fred also served on the Board of Directors for the Commission on Archives and History of the Peninsula-Delaware Annual Conference of the United Methodist Church for eight years.

Fred’s hobbies included gardening, refinishing, photography, travel, and genealogy. Fred was always working his vegetable garden and flower bed, especially his roses. JoAnn always appreciated the flowers on the table. He had a green thumb she would say. He loved to refinish furniture and has done many pieces over the years. Fred was active in the Emmaus community taking group pictures of attendees. Fred and JoAnn joined the Delaware Camera Club in 1974 and were active for many years earning the level of Salon Class. Both won many recognitions and awards holding numerous committee positions. The Delaware Photographic Society acknowledged them for their 40 years of contributions with a lifetime membership and certificate. Their travels took them across the world most significantly to Egypt and the Holy Lands. They took many pictures over the years of their travels. Fred was quite interested in genealogy, taking classes, and discovering new things about his family history. Fred loved writing his memoirs and sharing them with others. He felt strongly that everyone should have a family member who maintains their family history. He would say it is who we are and it is important to know one’s roots. He and JoAnn has written over one hundred memoirs over the years.

Later in 2006 they moved to Cokesbury Village in Hockessin DE. Even at Cokesbury Village they kept active being involved with different activities and gathering many, many friends. He loved being at Cokesbury with all the residents and staff. During his retirement, along with volunteering as a chaplain on call at Christiana Care (VCOP) Fred taught Church History, Bible, and photography at the Osher Lifelong Learning Institute at the University of Delaware in Wilmington DE, and Cokesbury Village in Hockessin, DE. He was also an interpreter at Ft. Delaware for more than twenty years, where he was known as the political prisoner, “Rev. Isaac Handy”. Fred is survived by his sisters, Marjorie Helen Givens of Norris City, IL and Vivian Alderfer of Oxford, PA and her husband David Alderfer of Christina, PA; his daughter-in-law Nancy Smith (wife of his late son (Robert L. Seyfert) of Wilmington, DE; his son, William L. Seyfert and his wife Theresa (Ingiosi) of Bear, DE; his grandson, Timothy J. Seyfert (his partner Kelli Johnson) of Wilmington, DE and his mother, Beverly Seyfert of Sonoma, CA; his step-granddaughter, Jennifer; his step great grandchildren Reba and Jamie (his partner Sarah); and his step great-great grandchildren Beau and Liam. Fred is preceded in death by his wife of 70 years, JoAnn (Springstead); his brother, Ralph Dean Seyfert, and his sister Murial Alice (Seyfert) Henry, and his son, Robert L. Seyfert.