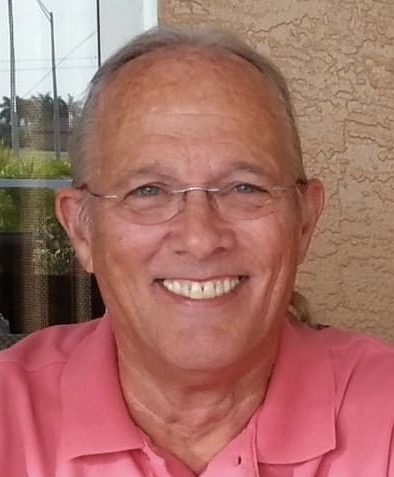 Robert A. “Bobby” Merrill, age 73, died on August 27, 2020 surrounded by the love and prayers of his family.Bobby was preceded in death by his second wife, Lynn Marie Merrill, his parents, and his eldest son Christopher Merrill. He is survived by his son Grant Merrill and his wife Lisa of West Chester, PA, his step-daughter Carrie von Koch and her husband Kurt of Holly Springs, NC, and his six grandchildren, Lucy and William Merrill, and Emma, Olivia, Lexie, and Katie von Koch, of whom he was extremely proud. Bobby is also survived by his sister Kathleen Pressey of Wilmington, as well as his niece Jennifer Knapp and nephew Richard Knapp.

Bobby was born on June 7, 1947 in Pittsburgh, PA, son of Reverend William Burke Merrill and Constance Evelyn Bodycombe Merrill.He spent his early years in Cambridge, Massachusetts where his father attended seminary. While he was in elementary school, the family moved back to Wilmington where Bobby developed his lifelong love of basketball and golf. After graduating from John Dickinson High School in 1965, he attended the University of Delaware.He then married his high school sweetheart Cheryl Schwartz and began his 4-year career with the US Navy as a sonar technician.In 1967, Bobby and Cheryl welcomed their first son Christopher, soon before Bobby was deployed to Keflavik, Iceland.For his final tour, the family moved to Point Mugu, CA while Bobby was stationed on San Nicolas Island. After being honorably discharged from the Navy, Bobby and his family moved back to Wilmington in 1970, and he began a career in real estate with Patterson-Schwartz at their new Milltown office. In 1972, their son Grant was born.A few years later, Bobby joined the Delaware Appraisal Group as a real estate appraiser, where he enjoyed a long career until his retirement in 2008.

Bobby was also a devoted husband to his wife Lynn of 26 years, who he married in 1992. After retiring, Bobby and Lynn, being sun-seekers, were excited to move to Cape Coral, Florida where they connected with friends both old and new. They enjoyed walking, reading by the pool, cheering on their beloved Philadelphia Eagles, getting together for meals and boat trips with friends and neighbors, and going to the beach at Lover’s Key and Sanibel. They also loved their vacations in the Florida Keys as well as trips back to Wilmington and Fenwick Island to see friends and family. Among many other things, Bobby will be remembered for his charismatic smile, his love of bright t-shirts and flip flops, his flair for dancing, his enjoyment of music (even through his Sony Walkman), and his attention to the many details of everyday life.

Visitation in Bobby’s honor will be held on Saturday, December 5th from 12-1pm at McCrery and Harra Funeral Home, 3924 Concord Pike in Wilmington where masks will be required and social distancing will be observed. The private interment of ashes will be at the Delaware Veterans Memorial Cemetery at a later date.

In lieu of flowers, and in honor of Bobby’s wishes, the family asks that memorial contributions be made to Hope Hospice of Cape Coral. Donations can be sent to Hope Hospice, 9470 HealthPark Circle, Fort Myers, FL 33908 or via their website www.hopehospice.org.Messages of condolence may be sent to www.mccreryandharra.com