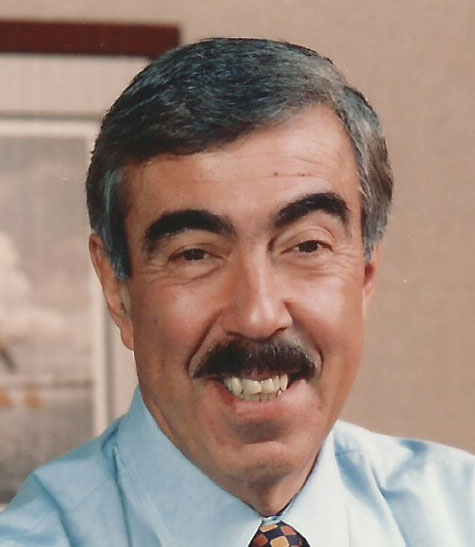 Lou graduated from GAR High School in 1952. During high school he played trumpet professionally. He was one of the few students in the country to receive a full merit scholarship to attend Columbia University, graduating in Chemical Engineering and Liberal Arts in 1957. He married Carolyn (nee Stefanko) Savelli in 1958 and they had three children.

Lou joined the DuPont Company in 1959 as a chemical engineer in the Research and Development Division and over the years was promoted into a variety of sales, technical and management positions. In 1990 he became the president of DuPont Automotive and group vice president of DuPont Performance Coatings. In 1992, he signed then-rookie, Jeff Gordon, 4 time NASCAR Cup Champion, to become the face of DuPont in one of DuPont’s most successful marketing campaigns. He was also responsible for turning DuPont into the world’s largest manufacturer of automotive paints with the blockbuster (at the time) $1.9 billion acquisition of Europe’s largest paint manufacturer, Herberts, in 1998. Lou served as Chairman of the National Paint & Coatings Association -1997-98, and was recipient of its highest award. He retired from DuPont in 2001.

Lou was an avid reader, traveler and golfer and was member of the Wilmington Country Club. He loved vacations at the beach with his family and watching his grandchildren playing sports, performing in the arts and growing up.

Lou is survived by his first wife, Carolyn, daughters Denise Laganosky (Keith), Sharise Dautel (Scott) and Christine Kimmel, Esq. (James) and his six grandchildren and one great-grandchild. He is predeceased by his second wife, Gloria Sanford.

Mass of Christian Burial will be held at St. Joseph’s on the Brandywine, 10 Old Church Rd, Wilmington, at 10:30 am, on Thursday, November 12. Interment will be private. Because of current COVID-19 Restrictions a celebration of life will be held at a later date. Services will be held in accordance with the current health directives, wearing masks, social distancing and capacity requirements.