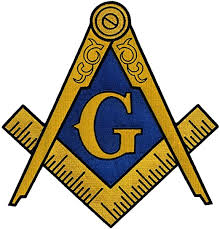 Carl Dreisbach, 98, of the Masonic Villages at Elizabethtown and formerly of York, Pa and Wilmington, DE, passed away November 1st, 2020. Carl was the eldest child born to the late Carl Valentine Dreisbach, Sr. and Ethel Trout Dreisbach in York, PA on May 26th, 1922. Preceding him in death were his brother Richard, sisters Ann Witta and Margaret Ross. Carl spent his childhood in York and graduated from William Penn Sr. High in 1941. Carl served with the 83rd and 106th infantry divisions during the 2nd World War. After leaving the service he attended Millersville State Teachers College (now University) where graduated with a degree in Industrial Arts. He later studied at the University of Maryland where he earned his Master’s Degree in Industrial Education.

On March 8th he married Frances E Fink who preceded him in death in 2010. They had three children: Michael who resides in Clayton, NC near his stepson Robert Galloway and his wife Julie, Tracey Galloway and her significant other Shantel Davis who reside in Wilmington, NC., a foster stepson Shawn Scott, his wife Cherish and Carl’s foster step grandsons, Cole, Kyle and Cameron. Their second child, Barbara Rodgers and her husband Charles (Chip) reside in Pawleys Island, SC and their two daughters, Amy Smith and her husband Justin and Carl’s great grandson William of Morgantown, WV and Kimberly Ann Rodgers of Fleming, Ohio. Their third child Cheryl Harris and husband Kevin reside in Clayton, DE and their daughter, Jennifer Brennan and her husband Cole of Wilmington, DE and their son, Ryan who resides in Henderson, Kentucky.

Carl and Frances were members of St. Paul’s Lutheran Church in York, PA. and the Church of the Good Shepherd in Wilmington, DE. Carl served on the Good Shepherd’s church council and as an assistant minister.

Following graduation from Millersville Carl began his lengthy teaching career, a grand total of 38 years, as an industrial arts teacher at Phineas Davis Jr. High in York, PA. In 1964 Carl and Frances pulled up roots and moved the family to Wilmington, DE. He taught at Forward Jr High and finished out his teaching career at Talley Jr. High. He was known as “Mr. D” to the thousands of students who had him for “shop” class. Some were affectionately known as his “angels.” He jokingly told one of his students, who became an orthopedic surgeon, that he was glad he taught him how to read a ruler but questioned why he was using wood glue to hold the replacement knee in place. He had a dry sense of humor that was very seldom seen by his students. He received the Teacher of the Year Award from the Delaware Industrial Arts Association in 1970.

When he wasn’t grading papers at home, he was very active with the Boy Scouts. His scouting career began on May 26, 1934 with Troop 44, Zion Lutheran Church and continued until his death as an actively registered Scouter. In 1947 he joined Troop 19, St Paul’s Lutheran Church as Camping Committee Chairman. Then as Advancement Committee Chairman, Assistant Scoutmaster (1 of 4) and served on the Indian Rock District Advancement Committee till 1964. The move to Wilmington did not slow down his commitment to Scouting. He joined Troop 400 at Good Shepherd as Troop Committee member and on the Camping Committee. In 1965 he became Assistant Scoutmaster and in 1970 became Scoutmaster. After Troop 400 folded he migrated to St. David’s Episcopal Church in 1972 where he became Troop 521’s Assistant Scoutmaster.

He went on to serve the Brandywine District as Leadership Training Chairman and at the same time served Troop 528 as Assistant Scoutmaster. Carl took Wood Badge training in 1972. He served on two Wood Badge Staffs. Each summer, for 9 years, the family moved to Del-Mar-Va Council’s Rodney Scout Reservation where for 8 years he was Trading Post Manager and served 1 year as Program Director. He received the Order of the Arrow Vigil Honor in 1977. It was during this ceremony that he garnered his second nickname: “Miserable Old Goat.” Those that knew him know that when you asked how he was, his standard response was “Miserable.” Carl also received the Order of Merit from the Brandywine District in 1975. In 1978 he received Scouting’s Silver Beaver Award. He served on the 1981 and 1985 BSA National Jamboree Staff at Ft A.P. Hill. He served on the North Eastern National Camping Inspection Team from 1985-1989. As a teacher he was one of the logical choices to organize the College of Commissioner Science in 1982 and later served as its “Dean” from 1982 to 1985 and then again from 1986 to 1996 as Dean of Support Services. He also served Assistant Council Commissioner from 1995 to 2003.

In 2007 he received the Daniel Carter Beard Masonic Souter’s Award, which brings us to his other lifelong interest, the Masonic fraternity. If Scouting activities, campouts, training meeting weren’t enough to keep him busy he began his Masonic journey in April of 1951 when he petitioned to join Zeredatha Lodge #451 of Free & Accepted Masons (York, PA.). He was raised to the sublimed Degree of Master Mason on June 20th, 1951. He served on the Committee on Instruction from 1951-1954 and on the Masonic Education Committee from 1958-1964. Even after moving to Wilmington he never demitted from Zeredatha Lodge and on more than one occasion he returned with some of his fellow Delaware Masonic Brothers when it was strawberry festival time in York and the Zeredatha Lodge was serving them.

He joined Brandywine Chapter No. 9 of Royal Arch Masons and held numerous offices including High Priest in 1987. He became the Grand Chapter of Delaware’s Grand High Priest in 2000 after holding many of Grand Chapter offices. In 1962 he joined the Scottish Rite, Valley of Harrisburg Pa and was member there till 1987. In 1987 he joined the Valley of Wilmington, DE and was its Orator from 1999-2000. Carl also was a member of St. John’s Commandery No.1 in Wilmington, DE achieving the Order of Red Cross in September 1987, Order of Malta in November 1987, Order of Temple also in November 1987 and served as its Commander from 1997-1998. He also was their Grand Representative to Illinois and Grand Standard Bearer from 1999-2000. Carl was also a member of the York Forest No. 30 Tall Cedars of Lebanon, York, PA., President of the Philalethes Society, West Chester Pa. in 1995. In 1993 he was President of the Joshua Association, Philadelphia Chapter, Philadelphia, PA. He also belonged to Delaware Council No.18, First State York Rite College No. 45, Keystone Council No. 113, Allied Masonic Degrees, the Two-by-Two Lodge No. 15 Royal Ark Mariners and the Delaware Conclave of the Red Cross of Constantine.

Carl dedicated his life to teaching. This is event by those who still have the wooden key, step stool or the metal “S” lamp that they crafted in his shop class or it could be the Scouting values he instilled in both the boys who were in Scouting and volunteers who lead them.

In lieu of flowers, contributions can be made to one of these four organizations, the Masonic Village of Elizabethtown’s Tree of Life, Brandywine Masonic Lodge of Wilmington, DE., The Lutheran Church of the Good Shepherd, Wilmington, DE, or the Del-Mar-Va Council, Boy Scouts of America, Wilmington DE.

Due to Covid-19 restrictions the Memorial Service and a Celebration of his life will be held later. Notification will be made as to the location, date and time.