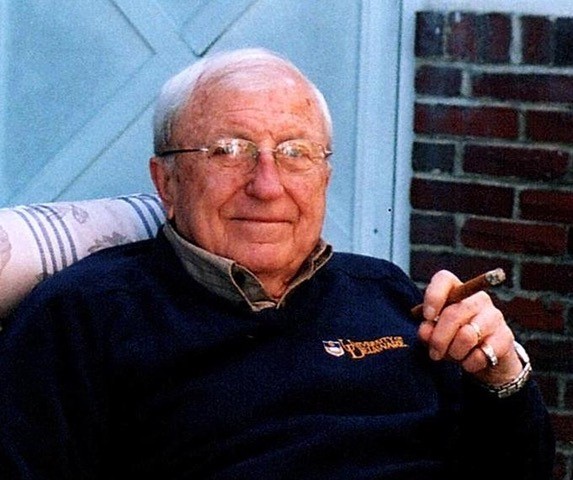 He was born on April 29, 1923 in Wilmington, DE, and was the son of the late Nicholas and Jennie (nee Juda) Anderson who emigrated to the U.S. from Ukraine.

Pete enlisted in the United States Navy in December of 1942 and served as a Pharmacist’s Mate First Class at USN bases and base hospitals in California, Virginia, Maryland, Japan, and Guam. He earned a number of ribbons and medal for his service.

After being honorably discharged in 1946, Pete enrolled in the new Medical Technology program at the University of Delaware where he made many life-long friends.

While working as a medical technologist in New Castle, DE, Pete met Gloria F. Luchanin, a registered nurse working at Temple University Hospital in Philadelphia, PA. They married in May 1955. He and Gloria opened Delaware’s first private medical laboratory, Physicians’ Clinical Laboratory. Pete had a long career as a Medical Laboratory Director until he closed his lab and became Vice President for Government Affairs for MedLab, which later became LabCorp.

Pete was an avid and vocal fan of Blue Hen football (“turn the page, Tubby!”) and loved watching his three grandchildren play sports. He enjoyed photography, playing golf, skiing (he skied well into his 70s), and spending time with family in Ocean City, NJ. He always loved activities with his family, which included many nieces and nephews and extended family across the country.

He was a longtime member of the Wilmington Coin Club and Blue Hen Touchdown Club and was an Alwoods Little League manager.

Due to COVID-19 restrictions, the service will be private and livestreamed at 11 a.m. ET, Monday, November 9.Watch webcast here:https://webcasts.lifetributes.com/1099820.Visithttps://www.mccreryandharra.com/obituaries/for full obituary.

His family would like to give special thanks to Foulk Manor North for the wonderful care he received while he was there and to VITAS Healthcare for their support.

In lieu of flowers, please help spread good feelings by doing acts of kindness in his memory.