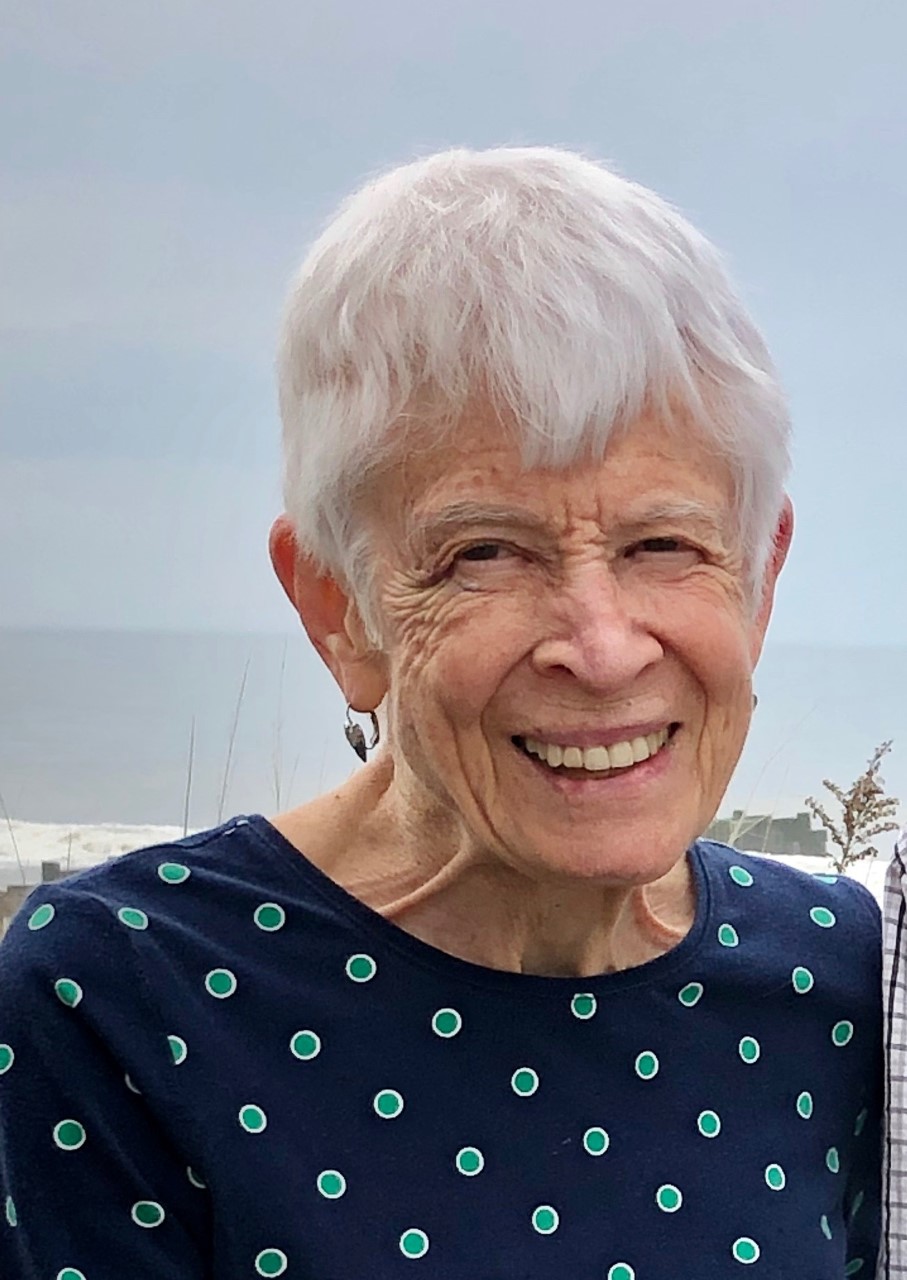 Joan McCarte Lynch, 87, peacefully and gracefully passed away on November 2nd at the Country House in Greenville, DE. She had lived there, with her devoted husband Joe, since 2014. A fighter to the end, she finally succumbed to a series of health setbacks that had impacted her the past several years. Born in Bala Cynwyd, PA to Alexander and Miriam McCarte, she was a gifted student, graduating from Lower Merion HS in 1950 and then trailblazing as one of only a handful of women majoring in mathematics at the University of Pennsylvania. Following graduation in 1954 she worked on the Sperry UNIVAC, one of the first computers. She soon moved to Wilmington where she met Joe while working at DuPont. They married in November of 1957 and began raising a family. In addition to selflessly serving in the roles of mother and homemaker, she immersed herself in a variety of activities: ballet classes at Wilmington’s Academy of the Dance, which included appearing in the company’s performance of The Nutcracker for 35 consecutive years; serving in a multitude of volunteer roles at St. Alban’s Episcopal Church; and remaining physically active. She swam daily each summer at Graylyn Crest Swim Club, rode her bike instead of driving to most errands, walked year-round, and learned to SCUBA dive at the age of 50. She and Joe enjoyed 47 diving vacations and 500+ dives all over the world with family and friends for the next 20 years. During that time, she also discovered her talent as an underwater photographer and captured hundreds of beautiful images to share her love of shells, coral and other denizens of the oceans. Another passion was classical music. She had a yearly subscription to attend performances of the Philadelphia Orchestra, following in her mother’s footsteps from whom she inherited the “seat license.” As an only child, she became a devoted caregiver to her mother, who suffered a major stroke in 1973 and was unable to communicate for the remaining six years of her life. It was one of many examples of quiet strength, humble dedication and resiliency Joan demonstrated throughout her life. Her father suffered his own stroke when she was 15, and he died at home after five years there as a convalescent, during her sophomore year at Penn.

She also made time to organize the Mats & Pats (Matriarchs & Patriarchs) group at St. Alban’s, engaging senior parishioners in a variety of meaningful ways. She did that into her late 70s, sometimes providing services to “aged” people who were younger than she was! She was also a proud of alumna of Penn, serving on several volunteer committees and contributing loyally. In the early 1980s she brought one of her many creative talents to the marketplace by designing stencils for the Stencil Shoppe in Chadds Ford, PA. For decades before and after, her love of crafting led her to make numerous quilts for family, friends, and St. Alban’s Church. She was a pro with both a sewing machine and a pair of knitting needles making – just to name a few – hats for sailors; two dozen wine vests (Joe’s trademark accessory when he worked at Total Wine); home décor items; clothes and costumes for her daughters and later her granddaughters and their dolls. She made the world a more beautiful place, in these tangible ways and by generously sharing her loving spirit, which will live on in our hearts forever. She is survived by her children, Nancy (Mike) Peper, Joe (Kelly), and Kathy (former husband Dan), and three grandchildren (Lizzy, Carolyn and Will Peper).

The family would like to thank the many wonderful employees and caregivers at ACTS Country House for their kindness, compassion, and consistently excellent care. Their sincere concern for Joan’s (and Joe’s) well-being and their above-and-beyond efforts to keep them safe during this difficult year will not be forgotten.

Plans for a Celebration of Life service are on hold due to the COVID pandemic. Her ashes will be buried at sea via the Living Reef Memorial organization, which encases the cremains in materials that help form coral reefs.

In lieu of flowers, donations to Christ (Episcopal) Church Christiana Hundred, Wilmington Ballet Scholarship Fund, Nature Conservancy, Seaman’s Center of Wilmington, or a charity of your choice are welcome.