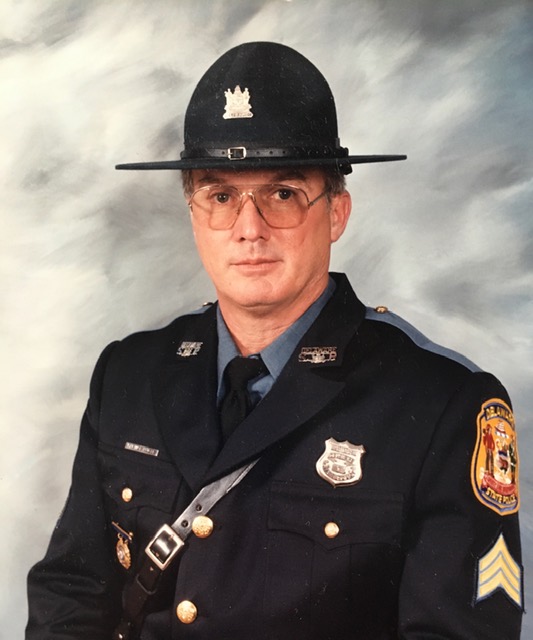 Ronald Lee Pierson of Wilmington, DE, passed away on October 25, 2020, surrounded by his family. He was 77 years old.

Ron played football and ran track at Mt. Pleasant High School, graduating in 1962. He played on a semi-professional football team out of Wilmington after graduating. He served in the Army National Guard from 1964 to 1970. Ron worked at DuPont before joining the Delaware State Police in 1970, where he worked in Youth Aid and Canine with partners Chris and Ralph as K9-1. He retired as a Sergeant in 1992. He worked in security at Longwood Gardens, as a chauffeur for a du Pont family descendant, then worked for McCrery & Harra Funeral Home.

Ron married his high school sweetheart, Sandra, on September 11, 1965 and for the next 55 years he referred to her as “my lovely bride.” They raised three children together and were active members of St. Mark’s Lutheran Church, where Ron served as youth advisor, usher, and chief of the kitchen crew for Easter breakfast.

Ron was a longtime member and past president of the Claymont Lions club, earning the International Presidential and Lion of the Year awards. He was also a wingman at the Eagles Club. He was an avid football fan and was especially passionate about the Dallas Cowboys.

Ron was an ever-present, amazing father and best PopPop ever, always bragging about his grandkids and telling them how proud he was of them. Decades of annual Hatteras family vacations were anticipated by all. His superpower was that he loved fiercely. Ron was always ready to help others, whether it was moving, putting on a roof, or selling Christmas trees for the Lions Club. His calm presence and friendly, welcoming manner put people at ease and left an impression on all he met; he touched many lives through his acts of kindness.

Friends may call at the McCrery & Harra Funeral Home, 3924 Concord Pike, Wilmington, DE 19803 on Sunday November 8 from 2 to 4 p.m. Masks are required and admittance may be regulated to conform with current state guidelines. A private service (due to the current pandemic) will be held for family on Monday, November 9 at 11 a.m. at St. Mark’s. The service may be viewed live via YouTube: https://youtu.be/g-BrZZxyamY.

In lieu of flowers, memorial contributions may be made in his name to the Claymont Lions Club, 11 Bellemeade Place, Wilmington, DE 19810.