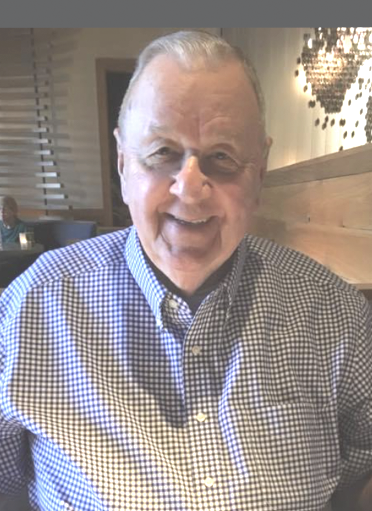 On October 28, 2020, Bill Kent passed away at home, surrounded by his family. He was predeceased in 2016 by his loving wife of 64 years, Joyce Lewis Kent. William Howard Brown, Jr., was born in Hickman, Maryland, on November 24, 1931, to Genevieve Fry Brown and William Howard Brown. He later moved with his mother to Wilmington, Delaware, where she married Millard Kent, a good man, who loved and later adopted Bill. He remembered this time fondly; after school at Number 24 Elementary, he would spend the afternoon at the YMCA several blocks away. There he was given a snack, did his homework and then was allowed to play pool, at which he became proficient. Bill attended P. S. Dupont School for 7th through 12th grades. He played several sports in school, including football and basketball. Here he met several lifelong friends, notably his best friend, Jack “Fitzy” Fitzpatrick. While Bill admitted to not attending school every single day, he did enjoy his friends, sports, music and dancing!

Bill attended Goldey College in Wilmington, on a basketball scholarship. He was a business major. There he met and fell in love with his future wife, Joyce Lewis, of Long Island, NY. After graduation he began work as a bank teller in April of 1951. After receiving his Army draft notice he married Joyce in November of 1951, shortly before being inducted into the Army in January of 1952. After basic training in Georgia he shipped out to the war in Korea. He was wounded in battle and later was awarded a Purple Heart. He was honorably discharged from the Army in 1953 with the rank of sergeant.

After his military service, Bill and Joyce settled into married life in Wilmington. On the G. I. Bill, he finished college and completed a graduate certificate in banking at the Wharton School of the University of Pennsylvania. He developed his successful career as a trust banker at the Bank of Delaware. Their family grew by four daughters between 1955 and 1962. In 1971 the family moved to Sarasota, FL, where Bill led the trust department at Palmer Bank. In 1976, he returned to the Bank of Delaware, from which he retired as senior vice president in 1987, at age 55. In retirement, he immersed himself in investment research and the stock market. He also committed to volunteering at the Ronald McDonald House that served the A. I. Dupont Hospital for Children for more than 20 years. He and Joyce vacationed each summer in Stone Harbor, NJ, hosting their daughters and their families for 32 fun years. Between 1983 and 2017, they welcomed 8 grandchildren and 3 great grandchildren, an enormous source of pleasure and pride.

Bill was a brave, loving, supportive and adaptable person, and a very funny man. He loved jokes and comedy, and his stories will be repeated in the family for years to come. He is survived by his brother, Don Kent, of Rock Hill, SC. Bill was the loving father of Melanie Kent-Richmond, Leslie Kent (Mike), Tracie Bonvetti (Joe) and Lori Krinsky (Howie); devoted grandfather of Marie and Joe Bonvetti (Bridget), Shelby and Cana Richmond, Ben (Jamie) and Hailey Krinsky, Evan (Monique) Friedman and Jack Bulger; and great grandfather of Aubrianna, Ella Joyce and Anthony. The family wishes to express their deep gratitude to Carolyn and Kim of Willow Tree Hospice for their skill and compassion during Bill’s illness.

The family will have a private burial service in consideration of the current public health situation. Friends are invited to sign the guest book or send a condolence at www.mccreryandharra.com. In lieu of flowers, the family would prefer donations to the Ronald McDonald House of Delaware, www.rmhde.org.