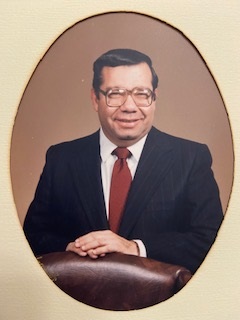 Frank was born in 1940 in Philadelphia. He was a 1958 graduate of Salesianum High School, and alumnus of the University of Delaware where he earned three degrees including a B.A. in biology in 1963, a M.Ed. in 1966 and a Ph.D. in behavioral science in 1970. Following his graduation, Frank began his teaching career at Brandywine High School in 1968. Early in his career he taught biology and was recognized as the state biology “Teacher of the Year.” In addition, he was awarded an NSTA special recognition for co-writing the “Human Ecology” curriculum, a program taught in 58 districts nationwide. He turned to administration in the Brandywine School District and was promoted to supervisor of science, then director of instruction, and finally as assistant superintendent before retiring in 2002. As an adjunct professor, Frank taught at the University of Delaware and for 25 years at Wilmington University where he retired in 2015. Frank once said he wanted to be remembered as a teacher most of all!

Having had a home in Surf City, NJ for most of his life, Frank enjoyed boating and was a charter member of the Beach Haven Marlin and Tuna Club. He was also a past president of the Surf City Taxpayers Association. Frank loved music and played organ and piano and accordion well enough to joke, “I can always play in a band if this teaching doesn’t work out!”

Frank was predeceased by his parents Vincent and Mary (nee Anastasio); brother Vincent, Jr. and wife Dolly. He is survived by his son Christopher and his wife Gina (nee Bannon); as well as grandchildren (Christopher, Antoinette, and LillyAnna), nieces and nephews.

Friends and family are invited to a visitation on Thursday, October 15 from 6-8 pm at the McCrery & Harra Funeral Home, 3924 Concord Pike, Wilmington, DE 19803. Masks will be required, and admittance to the funeral home may be regulated to conform with local COVID regulations. Funeral services will take place privately.