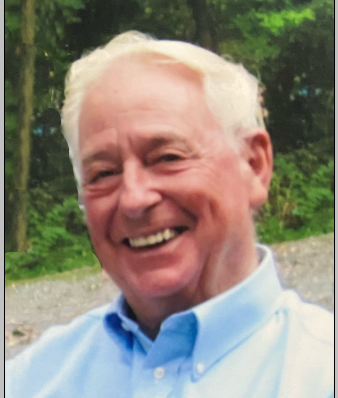 Woodward W. Eastburn, Jr., 87, life-long Wilmington resident and long-time owner of Gainor Awnings, Inc., passed away on Wednesday, September 23, 2020, after suffering a health issue on Monday, September 21, 2020. He passed peacefully with family by his side, which was always his wish.

A 1951 graduate of A.I. duPont High School, Woody worked at Gainor Awnings for over 60 years before retiring in 2018, having been the owner since 1973 when he and his brother Joe purchased the business from the Gainor family. He had previously served in the U.S. Army and worked at the former Chrysler plant in Newark, DE. Woody was always devoted to his family, be it his parents, his wife of 62 years and their 3 children, or his 2 grand-daughters, who were his pride and joy for the past 23 years, as well as his seven siblings and their spouses. He was equally devoted to his many cousins, nieces and nephews.

He enjoyed people and getting to know them. Many of his long­ term customers still fondly recall lengthy conversations with Woody when he would meet with them about buying awnings. He amassed a lot of knowledge in his 87 years and would happily, yet humbly, pass it along to anyone who was interested.

Ever the travelers, Woody & Beverle, along with friends and/or family, took many trips, including 2 Alaska cruises, a train trip across Canada, and a cruise through the Panama Cana l. But his favorite trips were several visits to Walt Disney World which will forever provide treasured memories for his family, especially his grand-daughters.

Woody was predeceased by his parents, Woodward W., Sr., and Mary E. (O’Connell), his brother-in-law, Raymond Hofmann, and his nephew, William J. May, III. He is survived by his wife of 62 wonderful years, Beverle A. (Camac), his daughter and son-in­ law, Linda & Jim Picarro, sons David & Donald, and his grand­ daughters, Olivia Eastburn & Victoria Picarro. He is also survived by his sisters, Mary May (Bill), Suzanne Hofmann, Sally Shorey (Wayne), Gladys McWilliams (John), and Kathy Eastburn, and his brothers Joe (Margaret) and Dave (Joyce). Additionally, he is survived by many cousins, nieces & nephews, & great-nieces and great-nephews.

A viewing will be held at the McCrery & Harra Funeral Home, 3710 Kirkwood Hwy., Wilmington, on Friday, October 2, from 9 :30 am - 11 am, where the funeral service will follow at 11a m. Burial will be held at the Gracelawn Memorial Park, New Castle. The services will be conducted in accordance with current health directives which require mandatory facemasks and social distancing practices.