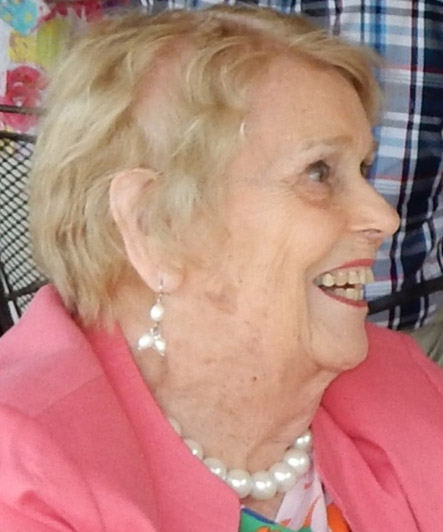 Wilmington-Daurice Logue Grubbs died on Sunday, September 20, 2020 at Stonegates Retirement Community where she resided since 2013. Daurice was a native Delawarean who grew up on the family Dairy Farm on Concord Pike where Astra Zeneca is located today. She attended Alfred I duPont grammar school and PS duPont High school, graduating in 1948. While at the University of Delaware she met her future husband Robert Grubbs. They were married in June, 1951 at Green Hill Presbyterian Church. Their first son Stephen arrived in 1953 and David in 1957. Her family was her most important priority for bonding and molding character. But, as the boys grew, her inner creative ability broke out where she managed the selection of merchandise for a Gift Shop at Styer’s Nursery and Garden Center that was owned by her late sister and brother in law, Jack and Betty Styer. The home in Sharpley became an empty nest as the boys started their families. Free to travel, Daurice and Bob enjoyed Europe, a trip around Cape Horn in South America and putting our toes in the Bering Sea, 320 miles above the Arctic Circle in Alaska. After residing 48 years in Sharpley, Daurice and Bob found a new home and friends at Stonegates Retirement Community.

Burial will be in the family plot at Green Hill Presbyterian Church Cemetery. All services will be private.

In lieu of flowers, contributions may be made to Green Hill Presbyterian Church, P.O. Box 3892, Wilmington, DE 19807.