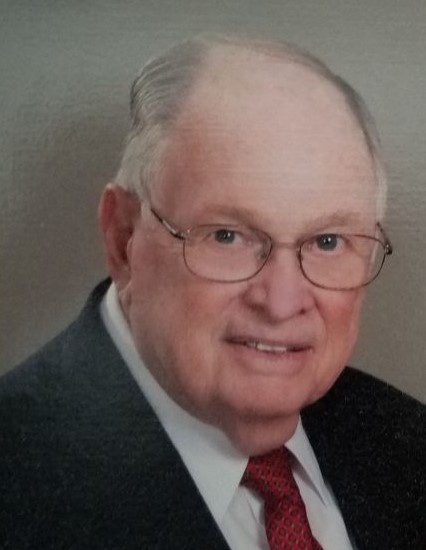 Charles Herbert Pierce, known fondly as “Charlie” to good friends, age 88 of Wilmington, DE, passed away on September 3, 2020 in Seasons Hospice, Christiana Care, Newark, Delaware. Charles was a man of faith and all who knew him would describe him as a kind, caring, and gentle man.

Charles was born on February 21, 1932 in Embreeville, PA to Herbert Ariel Pierce and Ida Cecile Pierce (nee Hobbes), who predeceased him. He attended many class reunions with the Unionville High School class of 1950 and was a 1952 graduate of Goldey-Beacom College. Charles served in the U.S. Army from 1952 to 1954 and was a supervisor in the stockholder’s relations department at E. I. du Pont de Nemours & Co., retiring after 38 years of service in 1990. An active member of Aldersgate United Methodist Church, he also regularly attended Epworth United Methodist Church in Rehoboth, DE. He was a longtime treasurer at “Port Delmarva” in Rehoboth, DE and in his retirement, enjoyed golf, bowling, and RV traveling serving as president of the WBCCI (Airstream Club) DelMarVa Unit.

Charles is survived by his dear wife of six years Mary Jane Mathewson Pierce (nee Hammond) who has been a dedicated caregiver during health challenges in his final years. In addition, he is survived by sons Jeffrey Scott Pierce and Craig Allen Pierce (Barbara) (children from his marriage to Joan Pierce, surviving); and grandchildren, Christine and Michael Pierce. Charles was predeceased by his sister Dorcas V. VanHorn (Brother-in-law Donald, surviving).

He was also predeceased by his wife of 35 years, Dorothy A. Pierce (nee Lewis) and is survived by her children; Diane E. Messick (Bob Mangs) and Deborah M. Hohlt (Richard); two grandsons, Paul Mezzatesta and Luke Hohlt: and, great-grandson, Kurt Mezzatesta.

Charles will be laid to rest on September 22, 2020 at the Delaware Veterans Cemetery in Bear, DE. Due to the COVID-19 pandemic services will be private.