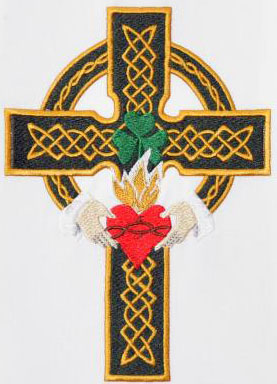 John attended Christ Our King Roman Catholic Elementary School from 1949 to 1957. Following grade school, John attended Salesianum High School from 1957 to 1961. From there, John attended LaSalle College from 1961 to 1965 receiving a BS degree in Accounting. In September 1963, John met the love of his life, Frances (Rooney), while attending college. They married May 20, 1967.

John served in the Army National Guard from June 1965 to June 1971. John received an Honorable Discharge with the rank of Sergeant E-5.

Other than an assortment of odd jobs while attending high school and college, his first job was with the Joseph Bancroft Textile Mill (later known as the Wilmington Finishing Company) where he spent 24 years. He started out as an accounting trainee and worked his way up to Vice-President of Finance. He went on to work for Slocomb Industries as Controller where he spent 15 years. His final six years were spent as Director of Finance for the Medical Society of Delaware from which he retired in January 2010.

When the last of his three children out of college, John took this time and began flying radio control airplanes at 1st State R/C Club. John was treasurer of the club from 2007 to 2017 when the club disbanded due to the loss of the flying site and inability to find another. John joined Delaware State R/C Club and Delaware County R/C Club.

John also enjoyed genealogy. He traced his paternal family back to George Gardiner (1599 – 1677). He was able to research and produce documents proving this line. George came over to this country in 1638 and members of the Gardiner family participated in the American Revolution. With this, John was a member of the Sons of the American Revolution. He had traced the family tree back to England for several centuries.

The family wishes to thank all members of the medical community for their care to John. We would also like to thank all of the care team at Heartland Hospice, especially Eileen, Caroline, Tiffany, Dan, Cindy, Sharon, Dominique, and Judy, whom John considered all his angels.

Mass of Christian Burial will be held on Monday, September 14, at 11 am at Immaculate Heart of Mary Church, 4701 Weldin Road, Wilmington, DE 19803. Interment to follow at St. Joseph on the Brandywine Cemetery. Services will be conducted in accordance with current health directives which require mandatory face masks and social distancing practices.