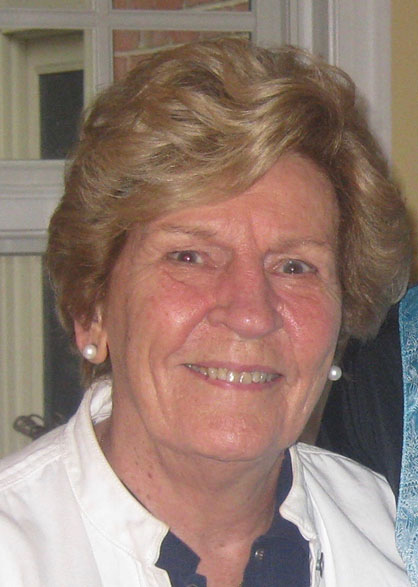 Born in Philadelphia and raised in Crafton, Pa., she graduated Crafton High School in 1949, earned a nursing degree from the University of Akron in 1952, and later an MSN from Wilmington College.

Much of her career was at St. Francis Hospital in Wilmington and, following retirement, at the Endoscopy Center of Delaware. She was a longtime member of the Junior Board of St. Francis Hospital. Nursing and care for the ill was a great pleasure of Joan’s life, and she worked into her 80s. She was a longtime member of the Kennett Square Country Club, and St. Mary Magdalen Parish.

She will be remembered for her wicked sense of humor, endless supply of candy, and her ability to entertain and host elegant parties. She had a special place in her heart for Avalon, NJ where she spent time in the summers for most of her life. In her later years, Joan enjoyed traveling to New Smyrna Beach, FL with her granddaughter, sister, nieces and nephews.

She is survived by her grandchildren, John G. Merkel V of Philadelphia and Kristin Merkel of Charleston, SC, and her daughter-in-law, Lisa Merkel, also of Charleston, and several nieces and nephews.

A Mass of Christian Burial will be private.

Funeral arrangements are under the direction of the McCrery & Harra Funeral Homes, Concord Pike, Wilmington.