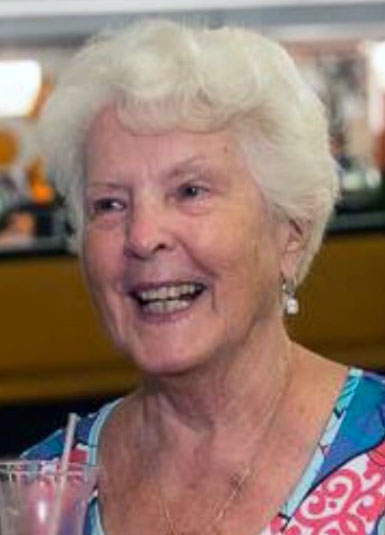 Betty was born on September 15, 1938 in Welch, WV; the daughter of the late Elizabeth and Harold Ray. As Harold was in the Air Force, the family moved all over the country before finally settling in Dover DE in 1954. Betty graduated from Dover High School and enrolled in the Delaware Hospital’s School of Nursing. Betty met the love of her life, R. Fred Drake, Sr. and married in 1958. Betty and Fred lived life to the fullest during their 62+ years of marriage. They raised their family in Newark, DE and worked together in their family business, Fred Drake Automotive. Betty loved to travel the country in their motor home and took special trips with the grandchildren. Her favorite place to be was at the beach, so they spent their winters in Mims, FL and summers in Roxana, DE.

A Gathering in her honor will be held from 5 to 7 PM on Wednesday August 19, 2020 at the McCrery & Harra Funeral Home, 3710 Kirkwood Highway, Wilmington DE 19808 followed by a private service for her immediate family.

In lieu of flowers, contributions may be made to the American Heart Association of DE, 131 Continental Dr. #407, Newark, DE 19713. Messages of condolence may be sent to: www.mccreryandharra.com